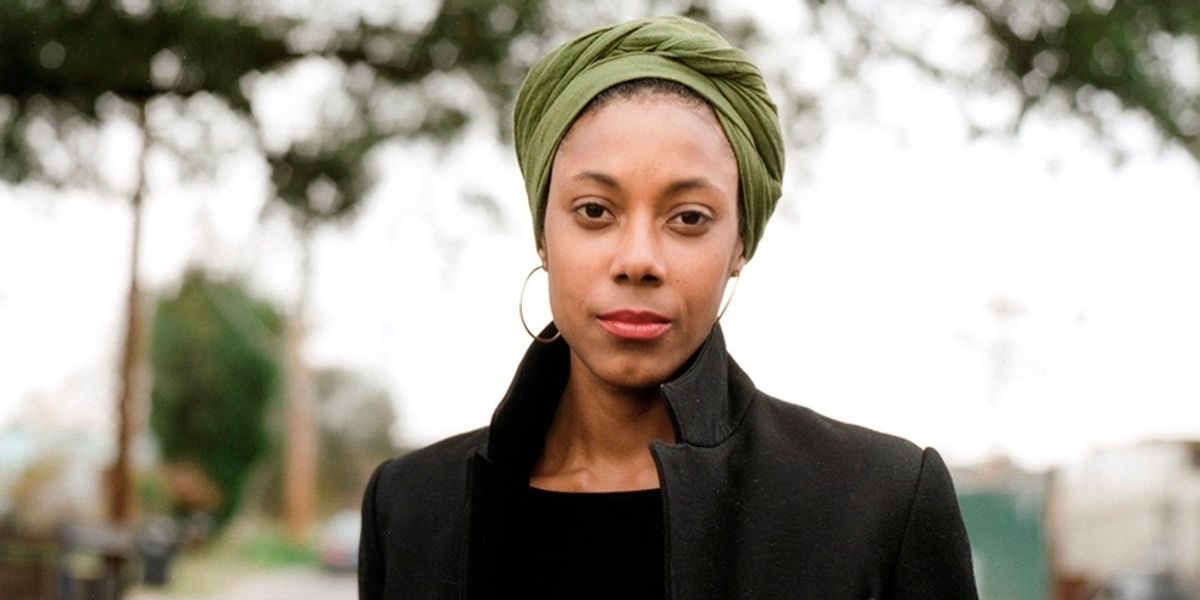 New Orleans East is, for the most part, invisible in travelogues and mostly unknown to tourists and natives alike, despite its prominence in the geography of New Orleans. It's suffered from negligence long before and after Hurricane Katrina, which devastated the city and its surrounding area 14 years ago. But this is a classic American story, and Sarah M. Broom grapples with the reality of it in her debut memoir, The Yellow House, out now, from Grove Atlantic.

The memory of Broom's childhood home has followed her well into adulthood. It's rooted itself firmly in her consciousness and her work, forcing her to contend with what it means to be connected to a place that doesn't exist anymore. After Katrina hit New Orleans, the 'Yellow House', a shotgun that Broom's mother, Ivory Mae, bought in 1961 and raised 12 children in, was demolished after being deemed unsafe for habitation by the city. The house and its absence became a symbol of both physical and emotional displacement for Broom, reflecting the reality of many who suffer at the hands of systemic neglect. Broom's recollection of memories, including ones from those who came before her, is woven into The Yellow House in a narrative that concurrently grants insight into her own family ties and a system fraught with injustice and inequality that has been affecting communities ensnared in systems of race and class for generations.

Broom's words have been published in The New Yorker, New York Times Magazine, O and The Oprah Magazine among others. She has been awarded fellowships from the Djerassi Resident Artists Program and The MacDowell Colony, and received the Whiting Foundation Creative Nonfiction Grant in 2016. Today, it was revealed she's a finalist for the 2019 National Book Award.

PAPER caught up with the now New York Times-bestselling author about her remarkable debut, below:

Were you always cognizant of your intense connection to your childhood home? When did you decide to center a whole body of work around it?

I'm deeply connected to place. This is an inheritance, I think, an intuitive way for me to be. But also, the yellow house was the place my mother owned, where my mother, Ivory Mae, raised her family. It was a place she made. I knew it was my story to tell the moment I left it. This book, as I see it, is only the beginning of that story.

The narrative thread of this book is geography, with the yellow house serving as the nucleus. Did having the house as an anchor help you structure the many layers of the book, such as what to include and not?

Related | On Being 'Sick': An Author's Road to Recovery

You position Katrina in a broad context, one that demonstrates the multitude of storms the people, specifically in New Orleans East, have weathered. Tell me more about that.

Well, I don't see Katrina as an isolated event. Nor does Katrina fully relate to what happened in August 2005. The storm itself hit, yes, but then due to official negligence, the levees broke, flooding the city. This is where, for me, my story expands to become about the ways in which city policy and planning (obviously led by humans) can fail to protect or rightly care for citizens. This becomes, for me, about our American fixation on the single instigating "event," a disavowal and amnesiac avoidance of all that compounds to make places what they ultimately are. Why is the water in Flint, Michigan tainted? That's a complicated answer, which includes the history of systemic injustice in America. The discrimination baked into the soil itself. That nuance was what I was after. How to put this family's life in context? — that was my driving question. Context is a kind of positioning. The ability to tell the story with knowledge and authority — lack of context feels like another form of displacement.

Your mother, Ivory Mae, and siblings play a pivotal role in this book — their participation was key to writing it. How has their involvement in this project affected their memories and feelings towards the house?

That's interesting! I haven't yet asked them. Some of them have called me to talk about the one cedar tree left in front of where our house used to be. Right now they are reading and remembering, I think. Remembering is painful.

What is something you learned about yourself while writing this book?

I'm a question machine. And there's no end to the amount of time I can spend tweaking a sentence.

What were some challenges in piecing together the stories in which you weren't yet born, like in the first movement, "The World Before Me"?

That was mostly reporting. I recorded hundreds of hours of interviews with my family's oral histories. Then fact checked them as much as I could to draw the world out.

Wow! Hundreds of hours! When did you know it was time to start writing the book?

When I realized I had become obsessed with another house in Raceland, Louisiana, where my father was born! Seriously. I stopped transcribing interviews right then and launched into writing about my grandmother, whose story always felt like the beginning of mine.

This is a work of literary journalism. Were you able to detach yourself, as a journalist, when interviewing members of your family? If so, how?

Objectivity was impossible, I knew, and so that was never my goal. I wanted, instead, to give myself permission — over and over again— to ask every possible question no matter how granular or scary. These were long interviews, two or three hours each. I used one-one hundredth of what I collected. But the journalist in me flourished in the archives and doing the research. I then layered the family stories over the history of New Orleans and the history of America.

You were writing about the house for a while. You wrote about your childhood friend, Alvin, around 2001, while studying at UC Berkeley. In 2005, after Katrina, you wrote a cover story for O Magazine, detailing your family's experience. Now, of course, you published your memoir, The Yellow House. Do you think this book is a culmination of your feelings and relationship to your house, or has it opened the door to other things you haven't thought about, that you want to explore in future work?

It's only the beginning, and I mean tip of the iceberg, of a long writerly examination of what it means to be American. I want to make a large body of work. This one needed to come first. It was like a long stretch, a flexing of certain muscles, the gaining of courage. I'm already on to the next one.

Now that you've written this book, immortalized your memories and put them out into the world, how has your relationship with the word "home" changed?

I have no idea what home means. I'll need to write about 12 more books and see how I feel about it then. It's existential, the idea of home, an unanswerable plight. Philosophical and an interior trek.

The Yellow House is available for purchase here.