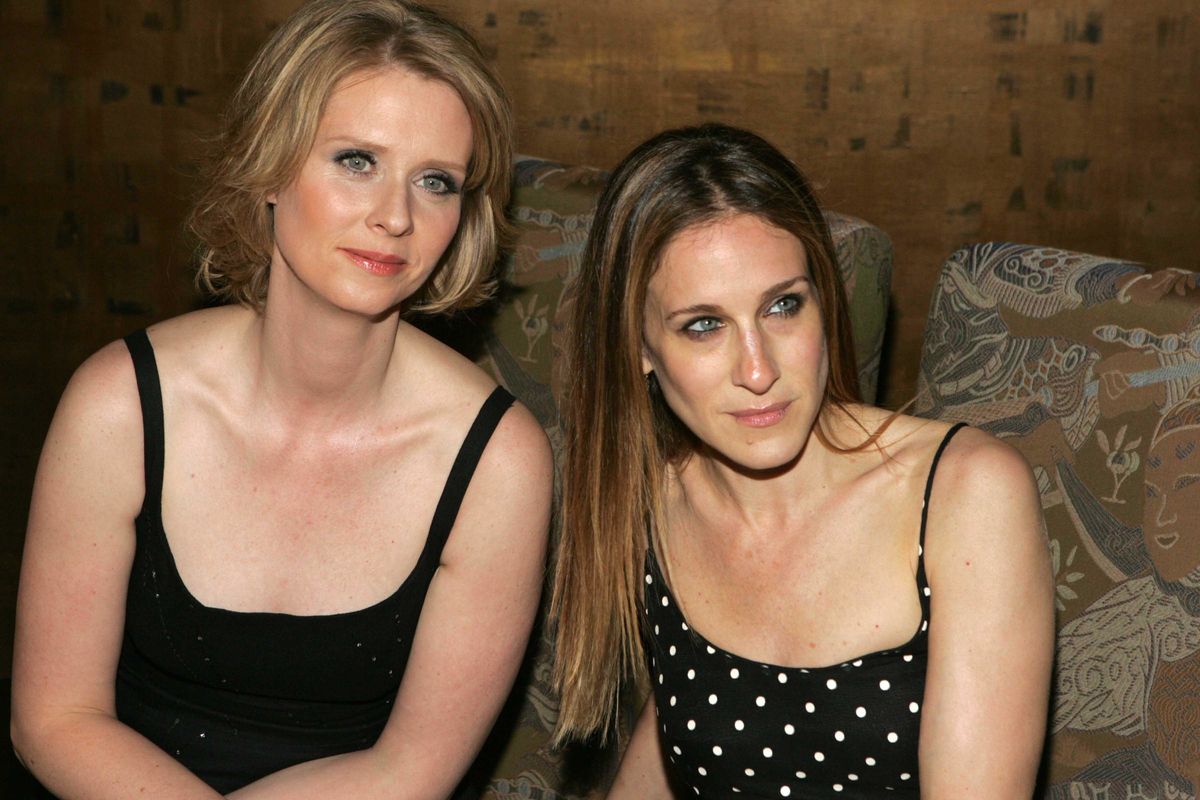 Cynthia Nixon is part of a wave of radical democrats running for office this year. She wants to abolish ICE, legalize weed, and fix the MTA, and has generated quite a bit of buzz around her bid against incumbent Andrew Cuomo for governor of New York.

She's gotten the support of many of her old costars on Sex and the City, including Chris Noth, who played Mr. Big, and Sarah Jessica Parker, who played Carrie. Beyond her initial endorsement, Parker recently also defended Nixon against critics. When Parker was interviewed on yesterday's episode of a Goop podcast, she urged people to hear out Nixon's ideas and stances before dismissing her.

She said, "You don't have to agree with her policy, you don't have to vote for her, but certainly take the time before you criticize the fact that she's boldly pursuing this. She knew that when she did it, it was going to be a challenge but it's been good, everyone agrees that she's been good for the conversation in this city, they call it the 'Cynthia Effect.'"

She added that even women who consider themselves progressive are questioning Nixon's decision and that she has every right to run and to represent the city she was born and raised in. She added, "She's brilliant, she's formidable, she's learned and she's willing to learn."

At the end of the podcast I couldn't help but wonder: is Sarah Jessica Parker the world's best BFF?