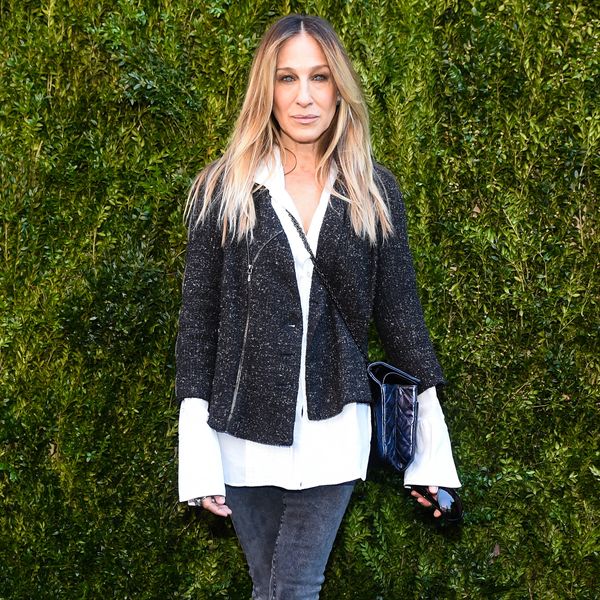 Though she was initially vague about her stance on New York Governor-hopeful Cynthia Nixon, Sarah Jessica Parker has recently become an ardent supporter her former Sex and the City co-star. She posted about Nixon on Instagram at the end of last month pledging her "love support and vote."

Last night, she continued her high praise of Nixon. At the premiere of her film Blue Night at the Tribeca Film Festival, she said, "She's a born and raised New Yorker. She's a product of our public-school system—Hunter College. She was raised by a mother that cared enormously about her community and the larger community that surrounded them. She's been an activist her whole life."

She went on to say that Nixon's understanding of social issues is sharp and well-informed and that they are long-time best friends. "There is policy that matters to her. She's concerned about where our dollars and how are dollars are being spent. And like many formidable women, she decided now was the time to talk about those things. It's exciting. I think it's good for our city to have those conversations. It's always good to have a challenger. As we know, great candidates deserve great challengers...I'm enormously proud of her. I think she's got a lot to say. We've been friends since we were 11 years old. So I'm really proud of her."

Nixon is running on a progressive platform of women and LGBTQ rights, marijuana legalization, and racial justice. She is running against Democratic incumbent Andrew Cuomo.