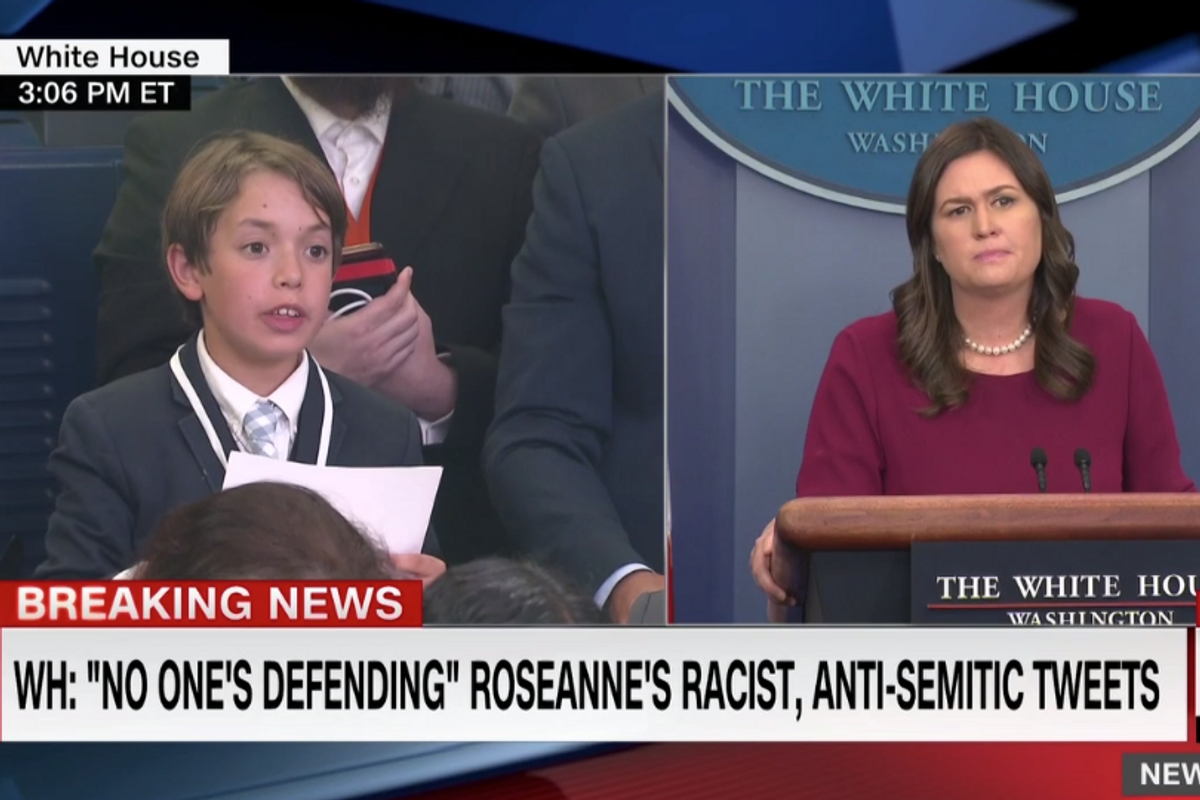 He addressed gun violence in his question directed at Sanders, saying, "At my school we recently had a lock-down drill. One thing that affects my and other students' mental health is to worry about the fact that we or our friends could get shot at school. Specifically, can you tell me about what the administration has done and will do to prevent these senseless tragedies?"

Sanders got choked up as she responded, saying, "I think that as a kid, and certainly as a parent, there is nothing that could be more terrifying for a kid to go to school and not feel safe, so I'm sorry that you feel that way." She continued, "This administration takes it seriously, and the school safety commission that the President convened is meeting this week again, an official meeting, to discuss the best ways forward and how we can do every single thing within our power to protect kids within our schools and to make them feel safe and their parents feel good about dropping them off."

The question comes days after a shooting at Santa Fe High School left 10 people dead. CNN reports that there have been 23 school shootings so far in the 21 weeks of 2018. The Trump administration has been heavily criticized for their inaction surrounding these shootings, as many politicians send "thoughts and prayers" without changing policies that allow easy access to guns. In fact, Trump as suggested arming teachers with guns as a solution to school shootings rather than enacting legislation that limits gun access. He recently spoke before the National Rifle Association, promising them that he would never impede on their Second Amendment rights to bear arms.

Watch the interaction, below:

WATCH: A child asks White House Press Sec. Sarah Sanders about having to worry about getting shot at school, and Sa… https://t.co/GpFseYqGzs
— MSNBC (@MSNBC)1527708367.0