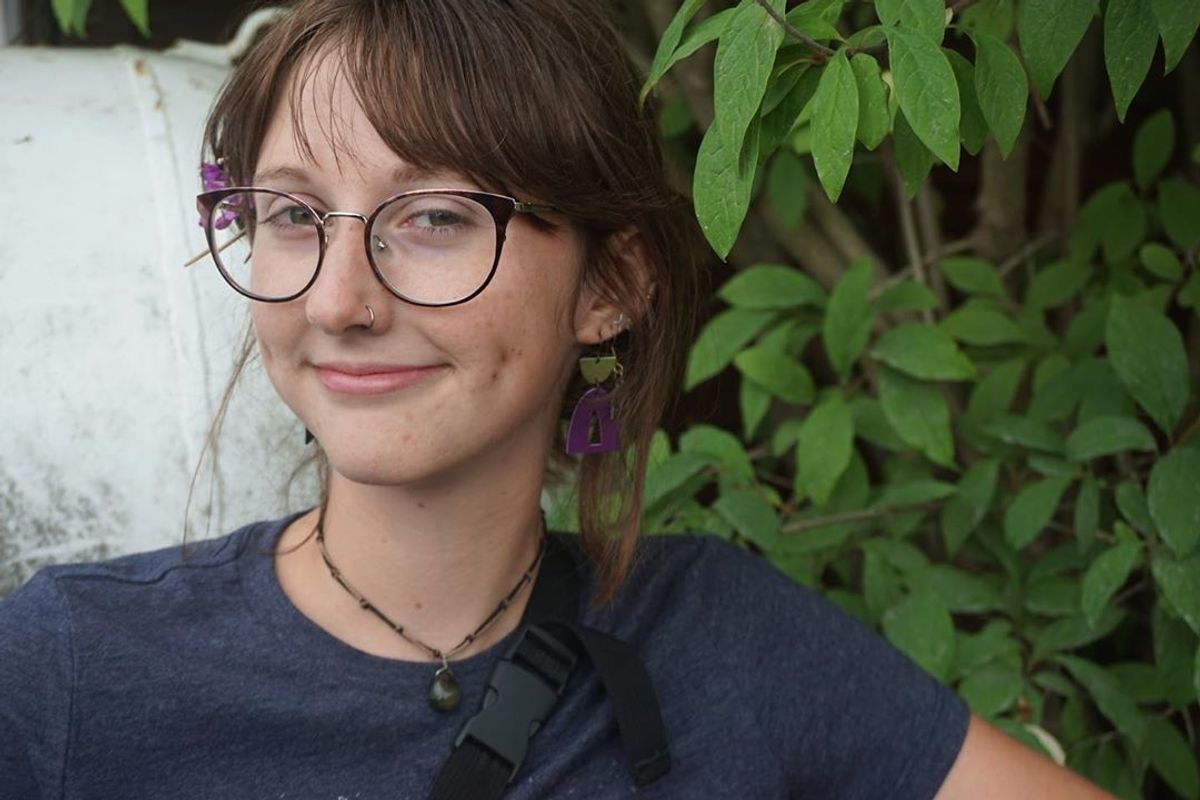 Jael Goldfine
A 22-year-old protester named Sarah Grossman died on May 30 after being tear gassed and pepper sprayed by police in Dayton, Ohio. She attended a Black Lives Matter demonstration protesting George Floyd's death on May 28. A day later, her family found her unresponsive and took her to the hospital, where she went into cardiac arrest and died soon after.

Those following the reports of police brutalizing protesters won't have difficulty believing there's blood on Dayton police's hands, but Grossman's parents are emphasizing that it's yet unconfirmed that tear gas caused her death. The coroner's office has said the full autopsy report won't be ready for weeks. An emergency room nurse suggested overdose, but her parents say she had no history of drug abuse. False reports are also suggesting Grossman had asthma, but her only pre-existing medical condition was a peanut allergy. According to Page Six, Grossman's sister Jessa initially suggested online that Sarah may have died from respiratory issues related to tear gas, though she's since edited the post to remove a mention of tear gas.

"Police did use gasses to disperse crowds that night," city spokeswoman Robin Davis told the Dayton Daily News. "We haven't received an official complaint, nor have investigators in Montgomery County talked to (Columbus police)." The city is calling for anyone who was with Grossman on May 28 or 29, or has photos or videos from the night of protests to talk to Columbus police.

"If you had ever met Sarah, you know that she impacted every person's life that she touched. She never cared about what anyone thought of her, only caring about helping others," Jessa wrote on Instagram. "She has been my rock, my biggest inspiration and role model, and most importantly the best friend I have ever had. I promise to carry on her legacy and finish the things she was starting. I will always love you and no day will go by where I don't think about you with love from your little sister."

Grossman graduated from Ohio State University in May, with a double major in environment, economy, development and sustainability, and Spanish. The hashtag #ForSarah is being used to memorialize her online. The Grossman family has also warned that a false GoFundMe may be circulating, and asking people not to donate and report them. Her sister said on Instagram that donations in Sarah's name can be made to organizations Sarah supported: Rainforest Alliance, Columbus Freedom Fund, The Borgen Project, RAICES, CRIS (Community Refugee and Immigration Services) or Amnesty International.