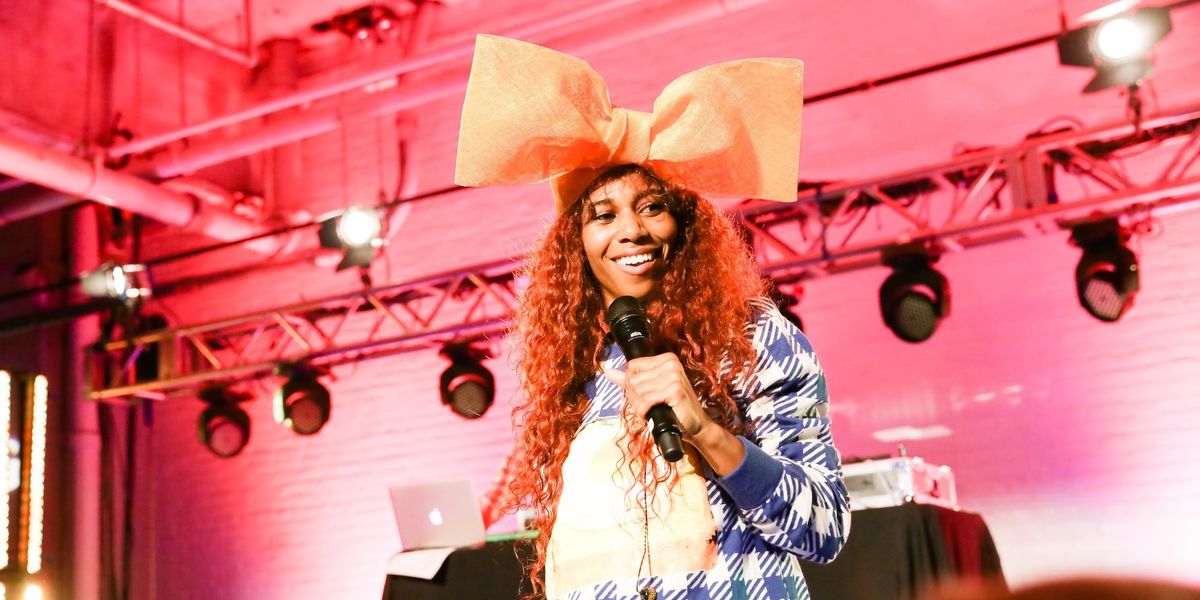 It's beautiful...and kind of depressing.

Santigold teamed up with Vampire Weekend's Rostam Batmanglij on a new track, "Chasing Shadows," that'll appear on her forthcoming third album, 99¢, out on February 26th via Atlantic Records. Today she's released the song's music video, which shows the artist decked out in '70s suburban glam shopping for groceries, watching TV, and sitting down for an elaborate Christmas dinner...all alone. In a press release, Santigold says:

"'Chasing Shadows' is about with the conflicted reality of an artist's life. Caught in the web we spin around ourselves, a mixture of hubris and the guise of perfection, we fear being swallowed up by our own ambition. Never in the moment, as quickly as we reach our goals, our gaze shifts to those still looming in the distance. We judge ourselves harshly for not being further on the path and revel in the anxiety of racing the rate of consumption. The lyrics weigh the value of going against the current to maintain artistic integrity, and the feelings of isolation and vacancy bred by a persona that is always 'on' and ready for show."

Along with the official video, which premiered on Tidal, Santigold made a fun infomercial to accompany the track -- as she has been doing with each of the tracks on 99¢ -- that shows her hawking a 'Shadow Eraser Cream and Face Mask.' The ghoulish contraption looks a bit like those sleep apnea masks and, as Santi says, promises to "eliminate shadows and wrinkles." Give the video a watch above and scope the infomercial below.