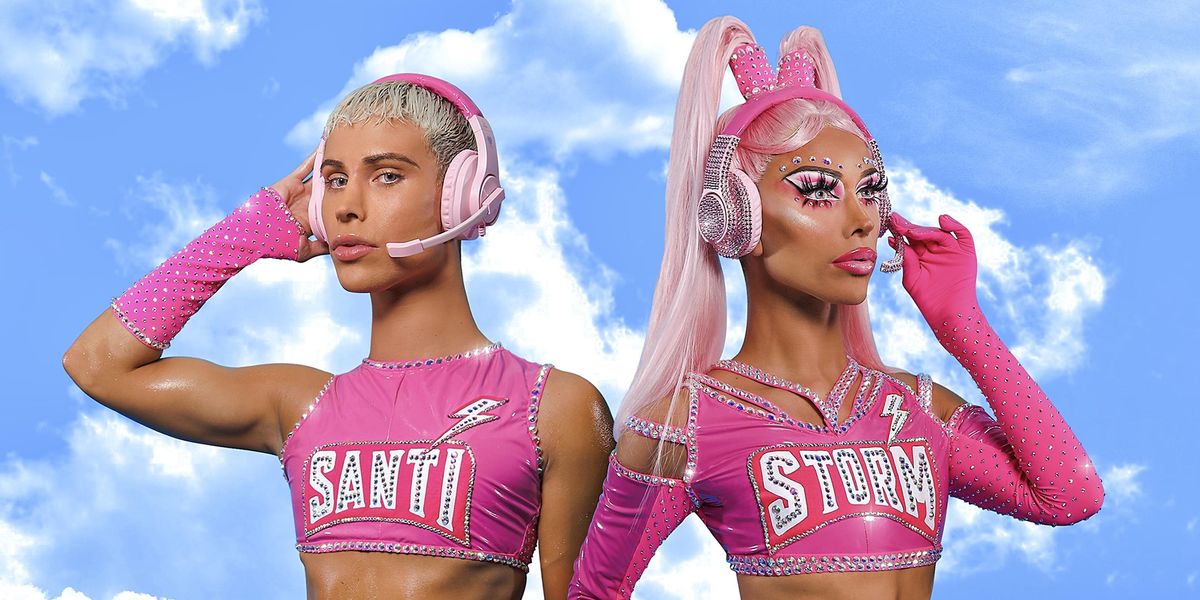 Santi Storm, the London-based "Kawaii Kid" who's gone viral on TikTok for her colorful drag transformations, is venturing into music with her debut single and music video, out now. Aptly titled "Kawaii World," the track is a bubblegum, hyperpop fantasy — for fans of Slayyyter, Dorian Electra or SOPHIE — that invites fans to "jump into" her dream world of "latex" and "rock candy."

The idea for "Kawaii World" came about in 2019 when Storm was performing throughout Tokyo, Japan. "The fashion, architecture and style of the city is something I've always been completely obsessed with," she says, and started writing the song's lyrics while walking through the streets of Harajuku, Shinjuku and Shibuya. Ever since then, Storm has been "writing songs nonstop."

Once the pandemic hit, Storm was in the middle of finalizing "Kawaii World" and found that its meaning became more important than ever — especially while stuck in isolation. "It was a dreamland I wanted to runaway to in my imagination," she says. "Away from the dark world we were living in. I think everyone can create their own fantasy that they can run away to and I encourage everyone to."

Related | Himera Explains the Charms on Their Friendship Bracelet

Producers Cyber Prince, Himera and Kylan linked up to transform Storm's idea into a crisp, energetic anthem. The performer says she found Kylan, who's based in Brazil, on YouTube when she was looking for instrumentals. "He made the main beat of the song," while her vocals were processed by Himera, who came recommended by Namasenda. "I wanted them to sound hyperreal, almost like a robot angel that didn't sound human," she says of the producer's effects.

The Kassandra Powell-directed "Kawaii World" video brings everything to life, with Storm performing on a very "Fergalicious" set, decked out in giant milkshakes and fluorescent candy. Echoing her lyrics, "I'll be your Barbie/ I'll be your Ken," Storm appears both in and out of drag, smiling in a hot pink bubble bath or lifting weights shirtless with Gothy Ken Doll of RuPaul's Drag Race UK.

"I wanted everything to look pink and edible, and also display me and the dancers skills, choreography and gymnastics," Storm says, explaining her bedazzled cheerleader uniforms and backup dancers. "I really wanted my music video to have a girl power feel to it, because messages like that are really important to me."