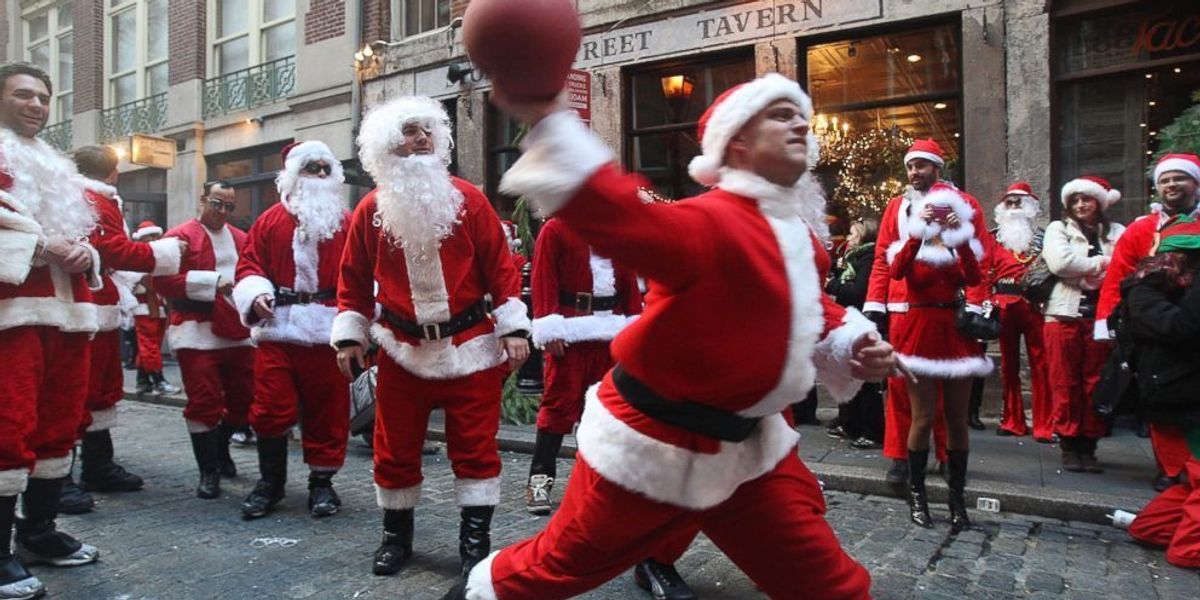 The End is Nigh: SantaCon Begins Its March of Death In Williamsburg

SantaCon 2015, or as I like to call it "Get called faggot by a finance major with spit on his face" has officially kicked off, this time in Williamsburg, Brooklyn, with a hellish congregation ranging from 800-1,000 assembling in McCarren Park just a little while ago.

The slop fest will bring a tsunami of Kris Kringle-clad bros, Mrs. Claus counter parts, piles of pink vomit, and sob encrusted breakups into the streets of Willyburg; an assumed 30% of the crowd has never stepped foot in the borough of Brooklyn since living in New York.

RIP me when I inevitably hear a reveler walking into a bar with a giant Starbucks iced coffee, saying, "This is, like, really far away."

By the evening, the hetero-pride bar crawl should eventually make this way back over to downtown Manhattan, where the participants will drink their last few IPAs before walking back into the murky depths of the East River whence they came.

To all Brooklyn residents currently hiding in their apartments, we will get through this together.