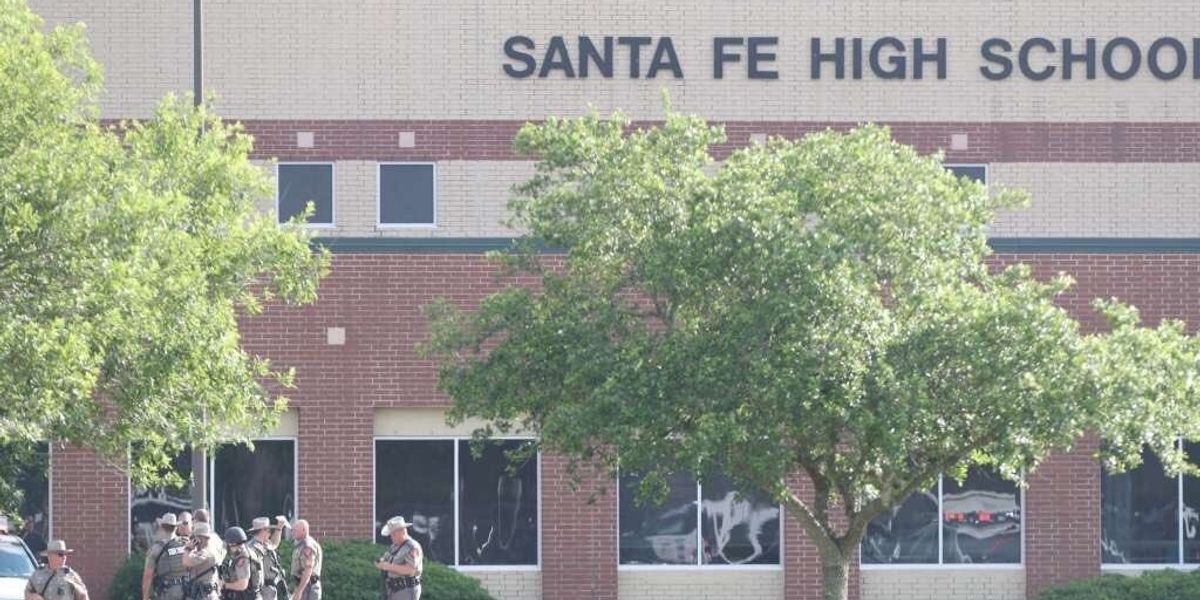 In what marks the 22nd school shooting in which someone was hurt or killed this year, a shooter took the lives of at least eight people at Santa Fe High School in Santa Fe, Texas.

ABC13 reports that at least one gunman opened fire today killing eight to 10 people, most of them students. Possible explosive devices have also been found on campus and off site.

On social media, Parkland shooting survivors are sharing their condolences and calling politicians to do their jobs and change policies that lead to too many weapons on the streets:


Santa Fe High, you didn’t deserve this. You deserve peace all your lives, not just after a tombstone saying that is… https://t.co/pzLo1QmxVe
— Emma González (@Emma González)1526658748.0


At least 8 students have been shot and killed at Santa Fe High School. Prepare to watch the NRA boast about gettin… https://t.co/aI53xFV4Zb
— Cameron Kasky (@Cameron Kasky)1526657128.0

Two suspects believed to be students are in custody; this is a developing story with more information to come.