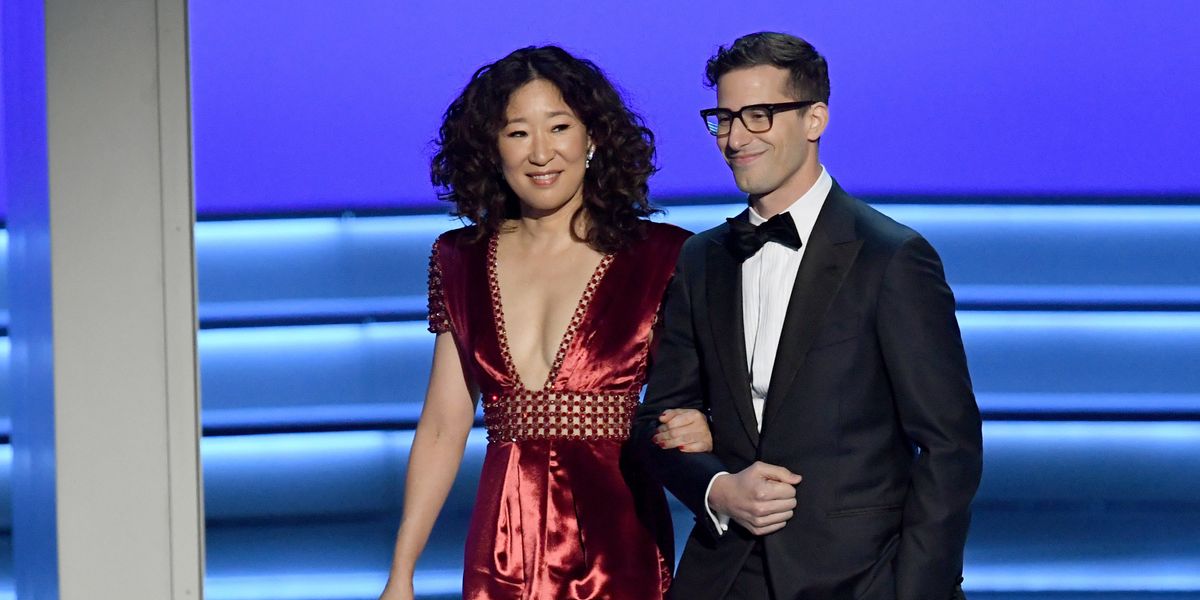 Sandra Oh and Andy Samberg To Host the Golden Globes

The poor Golden Globes. The black sheep of the major award show season, the Golden Globes aren't even a stop on the way to getting a highly coveted EGOT (Emmy, Grammy, Oscar, and Tony) but that doesn't mean that they aren't important in their own way. Often looked to as a barometer for how early favorites might fair in Oscars, the Golden Globes have had a history of making surprising winners and controversial hosts. Previous hosts Ricky Gervais and the comedic duo of Tina Fey and Amy Poehler have both gotten into trouble for few jokes that maybe went too far during their respective stints, but in recent years the Golden Globes have dipped in ratings with recent hosts Jimmy Fallon and Seth Meyers being outshined by other moments.

So in a somewhat unexpected move, the Golden Globes announced today that actors Andy Samberg and Sandra Oh will be co-hosting the upcoming 76th annual awards show. Samberg, currently known for his leading role on Brooklyn Nine Nine, and Sandra Oh, who has been generating a lot of buzz around her stellar performance in Killing Eve, at first glance may seem like an odd pairing given the fact that the two aren't necessarily known for their work together.

However the early consensus seems to be that it might just be weird enough to work. The combination of an actor known for comedic roles and an actress known for dramatic roles laying the potential for interesting straight man dynamics. Astute viewers noted that we have actually already gotten a taste for the pair inherent chemistry at the 70th Emmy Awards where they presented the award for Best Director of a Comedy Series.

In spite of the fact that Jeremy Park clearly doesn't even deserve the goddess that is Sandra Oh, if this is what we can expect from the pair then it's safe to say that we are VERY intrigued.