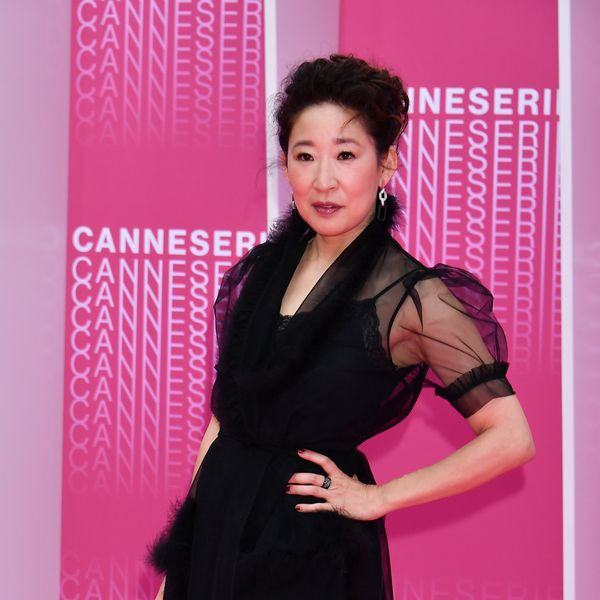 Sandra Oh is best known for playing surgeon Dr. Cristina Yang on Grey's Anatomy. Though she's been more or less out of the spotlight for a few years, she's back playing Eve Porowski, the lead in a new show called Killing Eve. Oh recently spoke about how she had to carve out her own path as an Asian-American woman in Hollywood.

She said that she knows there isn't one specific way to build a career, telling Vulture, "So it's just like 'Oh, so at a certain point in your career, you think A, B, C, or D is supposed to happen?' Thinking of it that way just causes me suffering. But being aligned to it to say, How do I stay creative? How do I still connect? How do I practice access? That you can do every day."

Oh also said that she has certainly felt the effects of racism, but has always tried to remain positive, adding, "Not only is s**t hard, it's extremely unfair. And racism exists. Let's start there. I felt it, and I have felt it deeply. And I'm extremely fortunate. So I'm not going to not say that it's not there, because it is. But it's changing the mindset that being an actor of color, person of color, that you're at a disadvantage in the creative life. That you don't have opportunity. It's all how you see the opportunity."

They continued talking about how the limited representation of Asian Americans in media leads to a deep-rooted inability to see "ourselves as the heroes of our own stories." Oh shared that when she first got the script for Killing Eve, she was shocked to see that she was given the lead, and that she realized just how much she had internalized the racism she had experienced throughout her career.

Oh also warmly encouraged Jung, who is Korean-American, saying, "Keep writing about what you don't know. I think we need more of that introspection, questioning, for ourselves as our own community before anyone else is interested in our community."