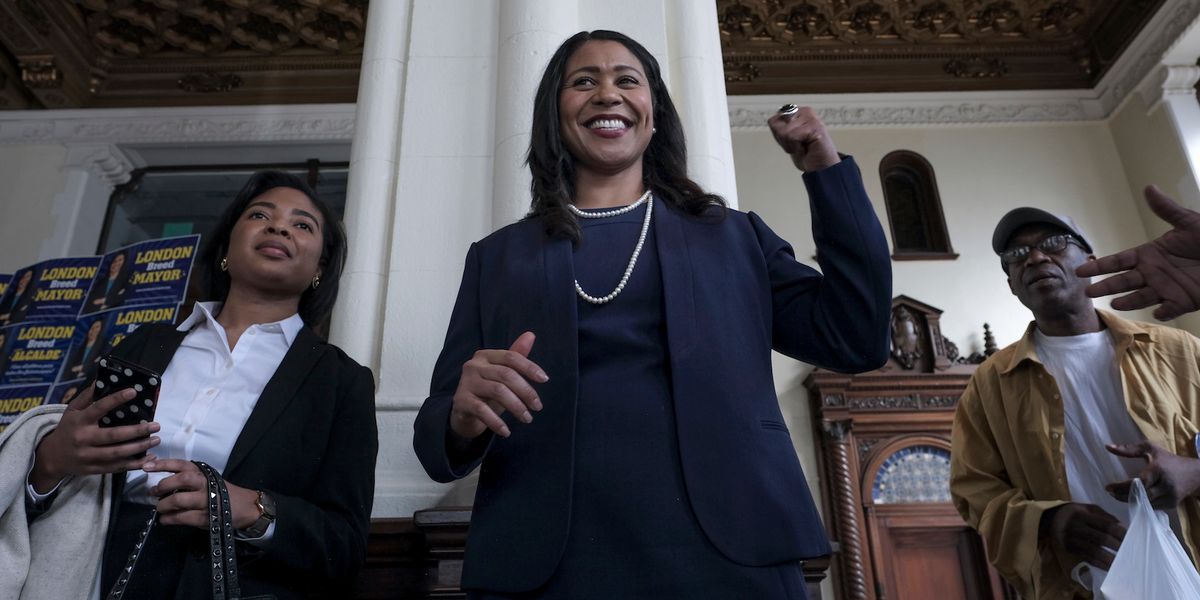 London Breed made history on June 13 by becoming the first African American woman to be elected mayor of San Francisco. Her opponent, Mark Leno, was seeking to become the first openly gay man in the position.

Breed, 43, who previously served on the Board of Supervisors for San Francisco as president, is set to take the reins of the city in July and will be concluding Mayor Ed Lee's term, who passed away in December.

The San Francisco native vowed to lead the economically thriving city through the complications of homelessness, congestion, and pricey real estate. She pledged in her bid to clean up the streets and rid the sidewalks of homeless tent camps, all within her first year of office.

After being announced mayor, Breed led her victory speech with optimism and confidence stating, "I am so hopeful about the future of our city, and I am looking forward to serving as your mayor. I am truly humbled and I am truly honored." She also addressed San Francisco's youth, especially those who are growing up in poverty like she herself did, saying, "No matter where you come from, no matter what you decide to do in life, you can do anything you want to do. Never let your circumstances determine your outcome in life."

When asked to reflect on her achievement as becoming the first black woman to be elected as the city's mayor, she stated, "It's really amazing, and it's really such an honor. I know it meant so much to so many people."

According to CNN, Leno called Breed on Wednesday to congratulate her.

"She is a remarkable young woman. She is going to do a very fine job and we wish her the best because her success is San Francisco's success," Leno said.

The results of the 250,000 ballots were tallied by the San Francisco's Department of Elections over a period of eight days and by Wednesday Breed established a large enough lead over Leno to claim the job with 2,177 votes.

Breed was raised by her grandmother and lived in the city's public housing while attending public school. After finishing high school she attended University of California, Davis, where she graduated with a degree in political science and a minor in African American studies. She then earned her master's degree in public administration from the University of San Francisco. Before starting her career in public office, she worked as an executive director of African American Art and Culture Complex for over a decade.