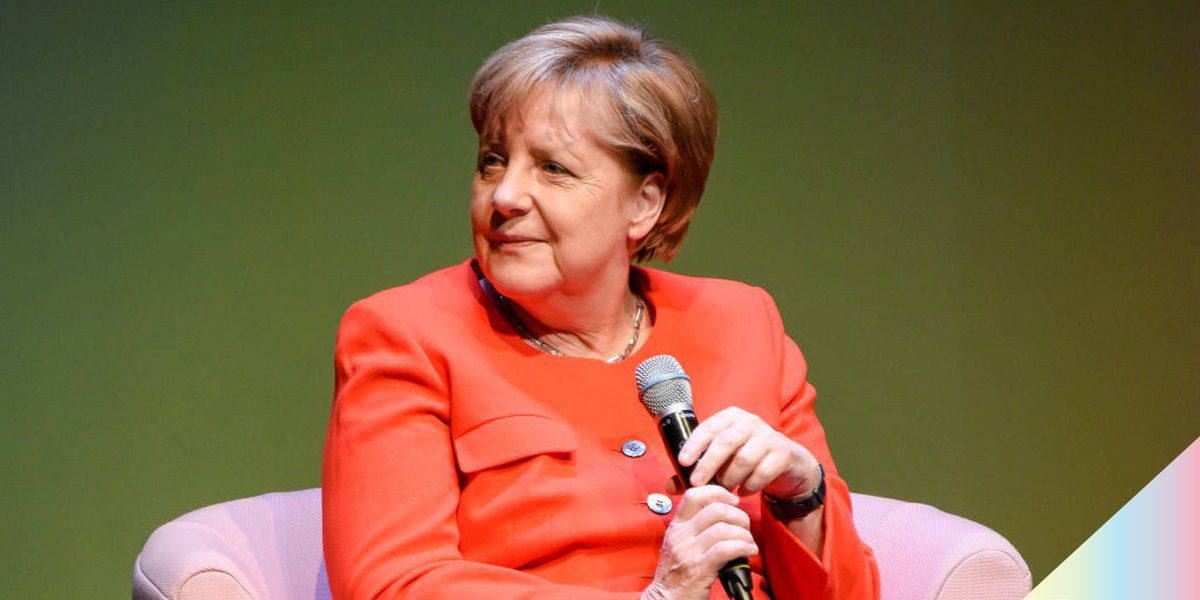 Same-Sex Marriage Could Be Legal in Germany This Week

Update: Rejoice! German parliament voted this morning to legalize same-sex marriage, the bill passing 393 to 226 with four abstentions, setting the stage for the right to become law in July. Despite her change of heart in allowing the vote, Chancellor Angela Merkel voted against it, citing her own personal beliefs in "conventional" marriage, but still voiced her opinion that gay couples should be legally allowed to adopt in a statement. "I hope that with today's vote, not only that mutual respect is there between the individual positions, but also that a piece of social peace and togetherness could be created," she said. The German legal code will read "Marriage is entered into for life by two people of different or the same sex," according to AFP. Since when has legal wording ever been so exciting?

German chancellor Angela Merkel has done a complete 180 on her stance on gay marriage, allowing a free vote on the issue in German Parliament which could be held as soon as this Friday. In fact, Merkel personally requested the vote when she was pressed on the issue by a gay man during a live interview with women's magazine Brigitte, saying that she would like to see Parliament move towards a "vote of conscience" on the issue.

Merkel and her political party, the Christian Democratic Union, previously opposed same-sex marriage to keep in line with "traditional family values" and due to concerns about children, which she now agrees are unfounded. "If the state gives a homosexual couple children to take care of, I can no longer argue this issue simply on the question of child welfare," she said in the interview. "These are issues that greatly concern me." Same-sex unions are legally permitted in Germany, but the country lags greatly behind their European neighbors and world nations like the UK and US when it comes to the right of gay marriage and the ability for gay couples to adopt children.

Following her surprising statement, German politicians took to Twitter and called for a vote to legalize same-sex marriage as soon as possible. Martin Schulz, leader of the country's Social Democratic Party, tweeted in his native language, "We will push through marriage equality. This week." If the powerful parties opposing the CDU work together, the vote will likely pass and same-sex marriage could be officially legalized by the end of this week.