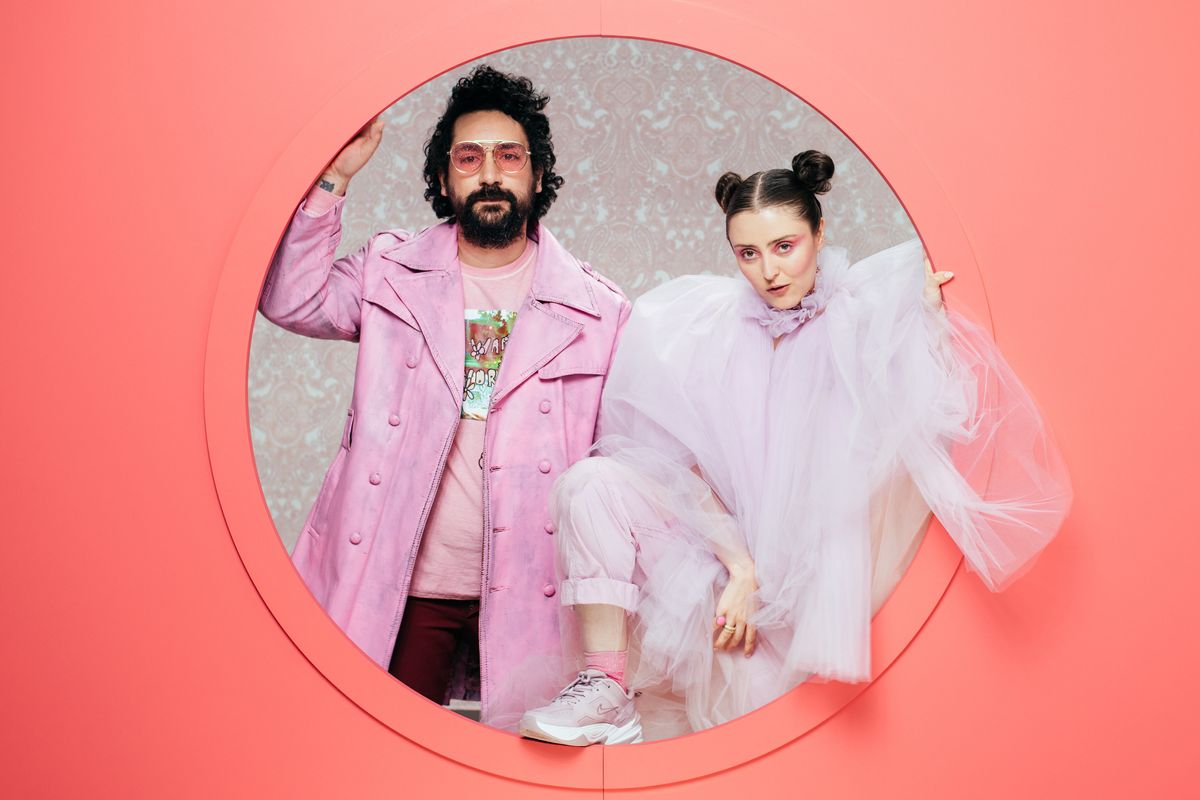 Salt Cathedral, Jarina De Marco, and Big Freedia each have their own signature style — but on the new collab "Go and Get It," they seamlessly blend bounce, dance, and dreamy pop into an irresistible concoction for self-empowerment. Equal parts hype and soul-soothing, it's the type of hustler anthem fit for the long haul.

"I want fans to feel like they wanna get up and grind," Big Freedia tells PAPER. "We all have 24 hours each day to make things happen!"

The beginnings of "Go and Get It" date back a couple years ago: Nico and Juli of the Colombian-born, NY-based duo Salt Cathedral spent a weekend recording with Freedia in New Orleans. Working with the Queen of Bounce, the sessions sounded fully Freedia — which Salt Cathedral loved, but didn't quite fit their goal of melding her style into their own. Switching up the beats on what would eventually become "Go and Get It," they realized another piece was missing — and they found the final touch in Jarina De Marco.

Each artist brings something totally different to the track, yet somehow, their identities remain wholly intact. That's a testament to Salt Cathedral's production, but it also points to a common drive among the collaborators.

De Marco calls herself "an odd thing" in the music industry: "I'm Brazilian-Dominican, multicultural, raised in Montreal. I'm multiethnic, multilingual. My music straddles to the left and to the right of things: It's not quite all pop, it's not all Spanish, it's not all English." So like Freedia, who's "also coming at things from a different angle," De Marco adds, "we have to work harder to be visible, and also understood."

Salt Cathedral says they feel connected to De Marco's hustle; they came to New York from Colombia to find more opportunities for their hard-to-pin, English-language pop.

Big Freedia, for her part, brings a reminder of how self-love can fuel the strongest of hustles. Seeing yourself as worthy of all you're grasping for can play a huge role in actually getting it.

Related | Jarina De Marco Will Not Hide Her Face

Speaking to the video for the track that's coming soon — it's currently in post-production — De Marco recalls living in New York for nearly 13 years before moving to Los Angeles. "I was a waitress, I was fucking cocktailing until 6 in the morning," she said. "Being flown out to shoot by Salt Cathedral and sharing space with Big Freedia was like the song's message realized: 'You hustle, you hustle, and this is your prize.'"

Stream "Go And Get It" below: