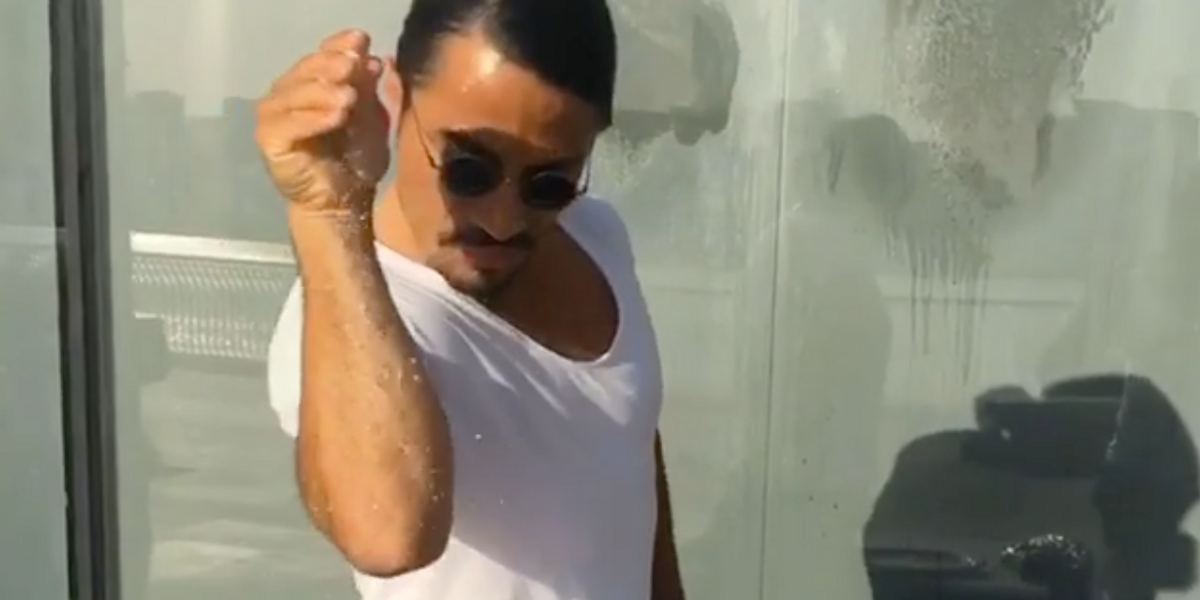 The internet's "virality" is an extremely delicate subject. With Twitter, Instagram, Facebook, Snapchat, Tumblr, Reddit, and any number of other sites used to create and share memes, it's very easy for super-worthy content to end up buried underneath a heap of equally-good-but-not-completely-exhaustive content. Every now and then, something truly great rises to the surface—but, as has been seen with many other viral memes, videos, or images, they just as quickly die out.

This fate seemed to be written in the stars for Salt Bae, the "sensual meme" guy whose salting skills (yes, as in salting a food item while preparing it to be cooked) were so mesmerizing that the internet couldn't seem to take their eyes off of him. Of course, his "salting skills" were aided (at least somewhat) by his beauty, but I digress.

After experiencing a brief lull in his internet fame—which, admittedly included a gig "salting" for Titantic-cum-Revenant Bae Leonardo DiCaprio—Salt Bae has once again returned to Instagram to melt our hearts (or preserve them?) with salt. In a post uploaded to his Instagram account, the Turkish chef and restauranteur Nusret Gökçe showed off his Food Finesse in a new video that is bound to get the internet talking again.

What's most fascinating about Salt Bae's ability to maintain a tight grip on his internet celebrity is his willingness to debut new tricks. In this video, not only do we see him salting, but we see him "olive oil-ing" too. Trust me, it's equally captivating. It's hard to explain but there's just something about the way he effortlessly peels off the fat and tosses it to the side in a little ball that makes me feel all warm and fuzzy inside.

Watch the video (and get re-obsessed all over again) below.