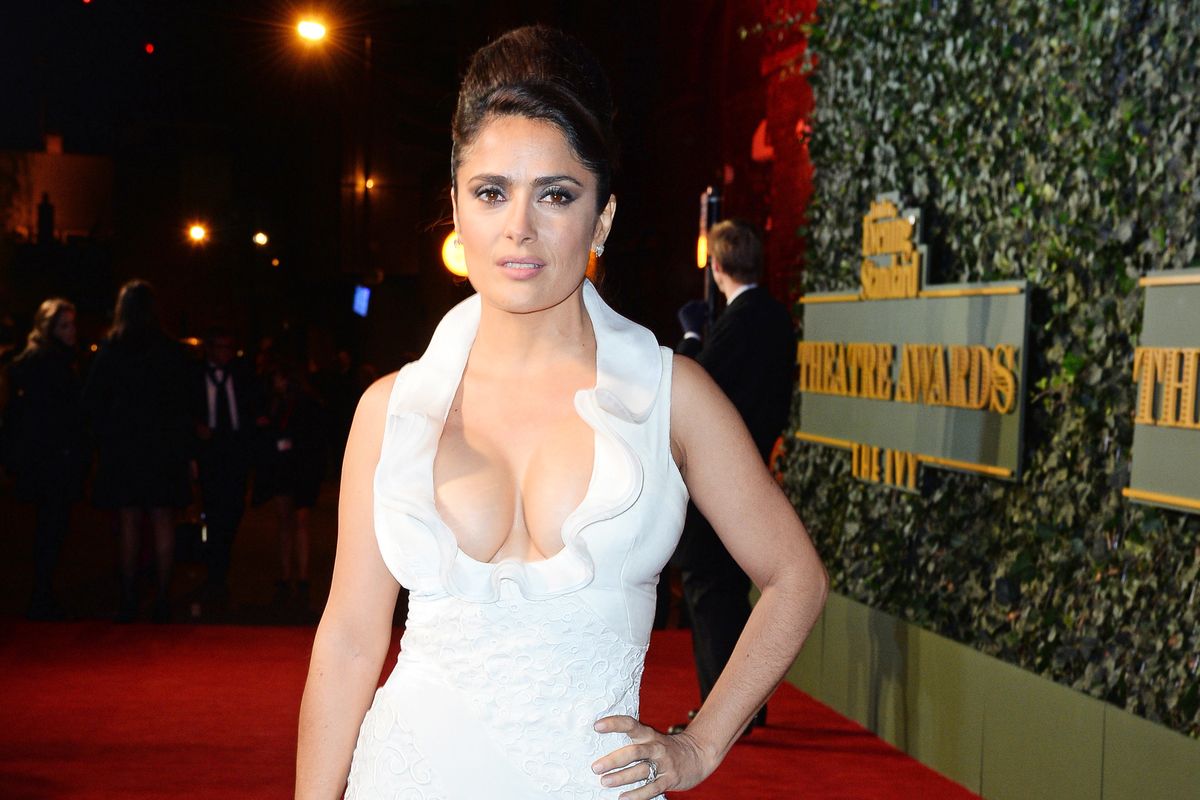 Two months after more than five dozen women had accused Harvey Weinstein of assault and harassment, high-profile actress Salma Hayek shared her own experiences with the disgraced movie mogul in an essay for the New York Times titled "Harvey Weinstein Is My Monster, Too." The article went viral and elicited one of the few responses from Weinstein himself, and now the actress has sat down with Oprah to talk why it took her so long to come forward.

When initially approached to write the essay by the publication, Hayek explained that she refused. "I started crying when they asked and I ended up not doing it. And then I felt ashamed that I was a coward. I was supporting women for two decades and then I was a coward."

Hayek told Oprah she "felt like [her] pain was so small compared to all the other stories," though she certainly bared the brunt of Weinstein's tyrannical on-set harassment, like many other women. The producer forced her to do a gratuitous sex scene for Frida with fellow accuser Ashley Judd, and the actress broke down on set.

"I arrived on the set the day we were to shoot the scene that I believed would save the movie," she wrote. "And for the first and last time in my career, I had a nervous breakdown: My body began to shake uncontrollably, my breath was short and I began to cry and cry, unable to stop, as if I were throwing up tears.

Weinstein propositioned Hayek multiple times throughout her time on the film, asking for massages, oral sex and naked showers.

"Mr. Weinstein does not recall pressuring Salma to do a gratuitous sex scene with a female costar and he was not there for the filming," Weinstein's rep responded in a statement. "However, that was part of the story, as Frida Kahlo was bisexual and the more significant sex scene in the movie was choreographed by Ms. Hayek with Geoffrey Rush."