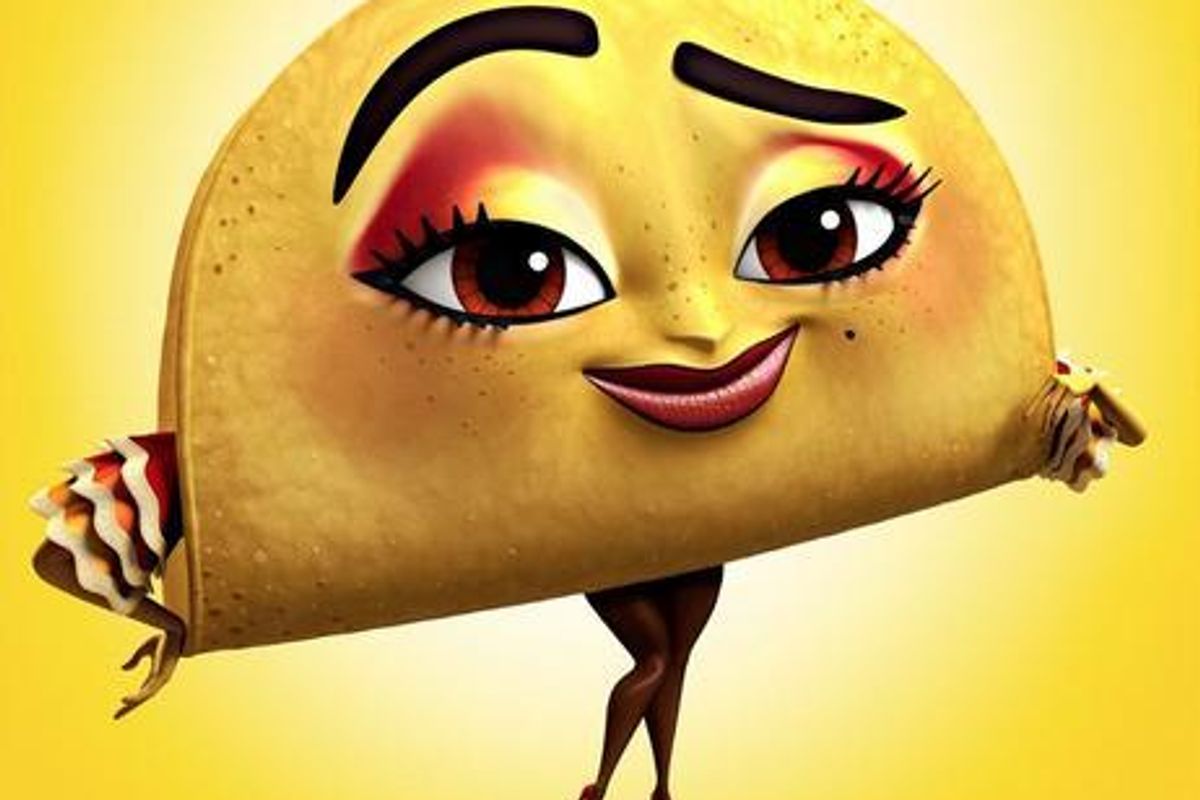 The advertisement is both unbelievably stupid, and amazing (which is the poooiiiiiiint), and (spoiler), the movie has excellent reviews.

Salma Hayek--who plays a bisexual taco named Teresa--may have unleashed the most absurd plug for the movie yet...

I have no words.