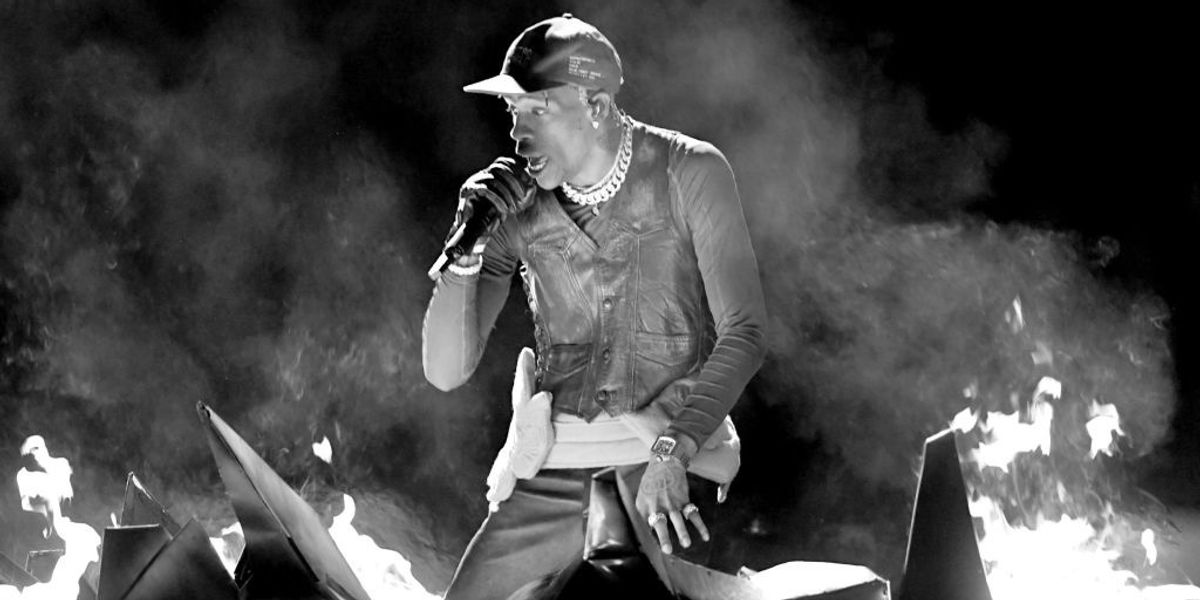 Travis Scott has no intention of slowing down his momentum. Following his performance of "Sicko Mode" at the Super Bowl, and the visual release of his James Blake collaboration Mile High, the Grammy-nominated ASTROWORLD rapper topped off his week by releasing the Saint Laurent-produced music video for his track "Can't Say."

In addition to Saint Laurent's production, Anthony Vaccarello provided the entire wardrobe for Scott's visual release, including those worn by the swarm of motorcyclists led by Don Toliver — a fellow Houston-native. The Nathalie Canguilhem-directed video has a notably romantic vibe, incorporating religious motifs as well as CGI horses to deliver a surreal, dystopian sensation. The sci-fi aesthetic is typical of Scott, a maximalist when it comes to both his musical and stylistic extravagance.

Saint Laurent's decision to produce Scott's latest visual project is hardly a surprise. Following the exit of Saint Laurent's ex-creative director Hedi Slimane and the arrival of Anthony Vaccarello in 2016, the brand tapped the rapper as their muse ahead of the spring 2017 campaign. However, their decision to collaborate on the visuals for Scott's ASTROWORLD track does signify a new iteration of their partnership.

Stream ASTROWORLD by Travis Scott, below.