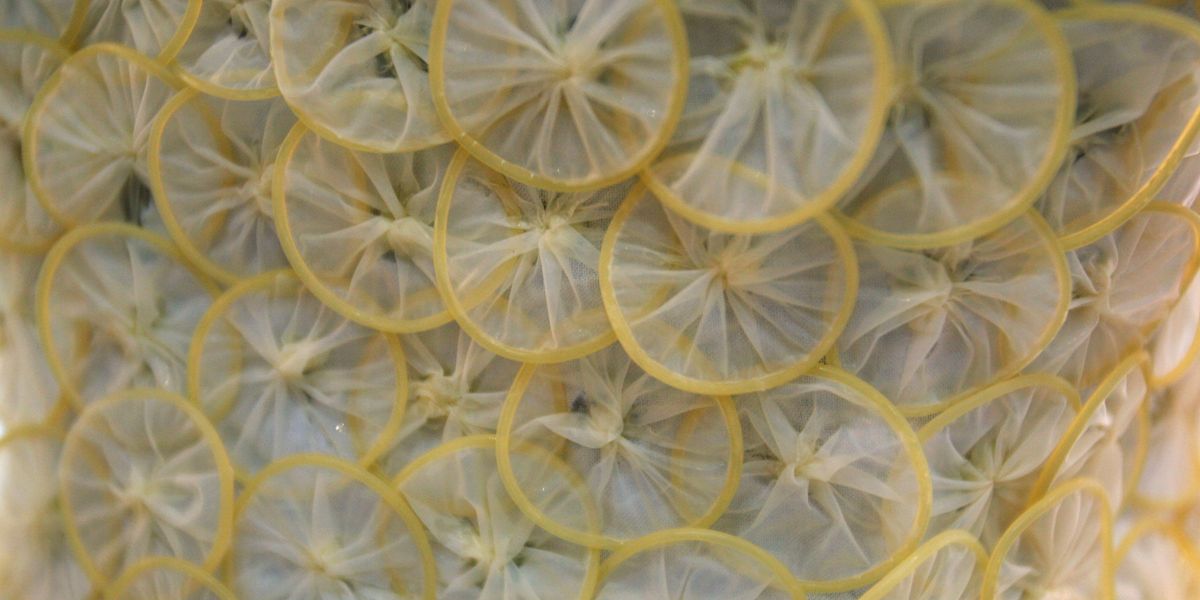 In this day and age, it's all about diversifying your brand. The latest people to get the memo? None other than the creative minds at Saint Laurent, who appear to be shifting focus from le smoking suits to sex.

On the heels of their star-studded Paris Fashion Week show, Saint Laurent creative director Anthony Vaccarello took to his Instagram to tease a new campaign apparently titled "The Love Affair."

Related | Ezra Miller Is a 'Slut' For Saint Laurent

That said, the Juergen Teller-shot image pretty much speaks for itself. Featuring models Anja Rubik and David Alexander Finn, the latter is completely naked — though he's conveniently hiding the family jewels with his hand.

But what exactly is the price point for a designer condom? No idea. What we do know though is that posters have already hit the streets of Paris and are causing quite the stir.

Intrigued by the potential of a fashion-friendly sexual experience? Well, you'll have to be in Paris to grab them, as the condoms are apparently exclusive to Saint Laurent's new concept store, Rive Droite.

Check out the close-up, below.