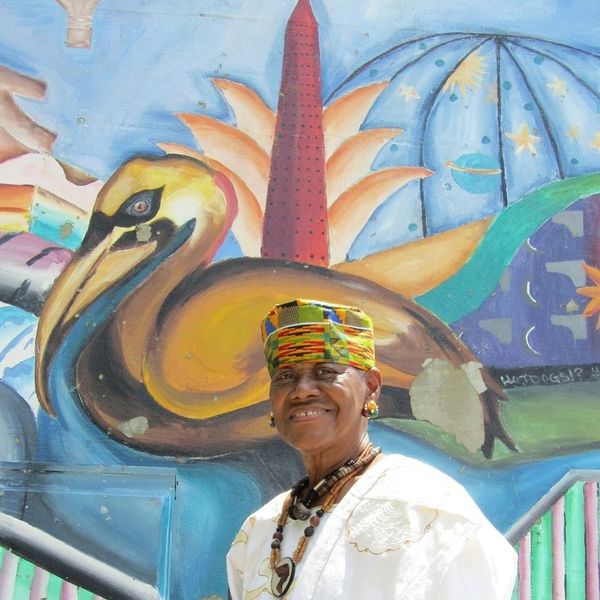 On July 12, beloved 75-year-old civil rights activist Sadie Roberts-Joseph was found dead in the trunk of her car. She was recovered by Baton Rouge, Louisiana authorities following an anonymous tip. Yesterday, local officials said her death has been ruled a homicide, and police are currently on the case.

An autopsy conducted by the East Baton Rouge Parish Coroner's Office said Roberts-Joseph's preliminary cause of death was "traumatic asphyxia, including suffocation," CBS News reports. According to The Cut, the car in which Roberts-Joseph's body was found was discovered three miles from her home, in the Scotlandville area of Baton Rouge.

Shortly after releasing her name, the Baton Rouge Police Department called Roberts-Joseph, known by her community as "Ms. Sadie," a "treasure in our community." In a Facebook post, the Baton Rouge Police Department said Roberts-Joseph was a "tireless advocate of peace in the community," adding that they were "working diligently to bring the person or persons responsible for this heinous act to justice."

So far, no further details about the investigation have emerged, though investigators are reportedly still searching for clues and leads.

We mourn the loss of Sadie Roberts-Joseph and offer condolences to her family, loved ones and the Baton Rouge commu… https://t.co/vwug3n8ap6
— NAACP (@NAACP)1563120870.0

Roberts-Joseph was beloved for her contributions to the Black community. In 2001, she founded and curated the Odell S. Williams Now and Then African American Museum in Baton Rouge. The museum contains an archive of past and contemporary African-American and African art, showcasing historic Black contributors across various fields, rural artifacts, and Black inventions that continue to impact society today. The museum celebrates American history and Black History Month year round, and also hosts Louisiana's annual State Juneteenth Celebration, held on the third Saturday in June. Roberts-Joseph coordinated the holiday festivities, which commemorates the day the news of President Abraham Lincoln's Emancipation Proclamation, signed January 1, 1863, finally made it to then Confederate southern states. The Union delivered the belated news to Texas two years later on June 19, 1865.

"We have to be educated about our history and other people's history," Roberts-Joseph told The Advocate in 2016. "Across racial lines, the community can help to build a better Baton Rouge, a better state, and a better nation."

Roberts-Johnson was one of 11 siblings. Over the weekend, one of her sisters, Beatrice Johnson, who lived two doors away, told The Advocate that she saw Roberts-Johnson daily. "Friday, she came by (because) she had mixed some cornbread, but her oven went out, and she brought it here to put in the oven," Johnson said. "The bread is still there. She never came back to get it."

Her name is Ms. Sadie Roberts-Joseph, and she was many things: -Founder of the Baton Rouge African American History… https://t.co/Ucj595WfPm
— NIKKOLAS (@NIKKOLAS)1563126187.0