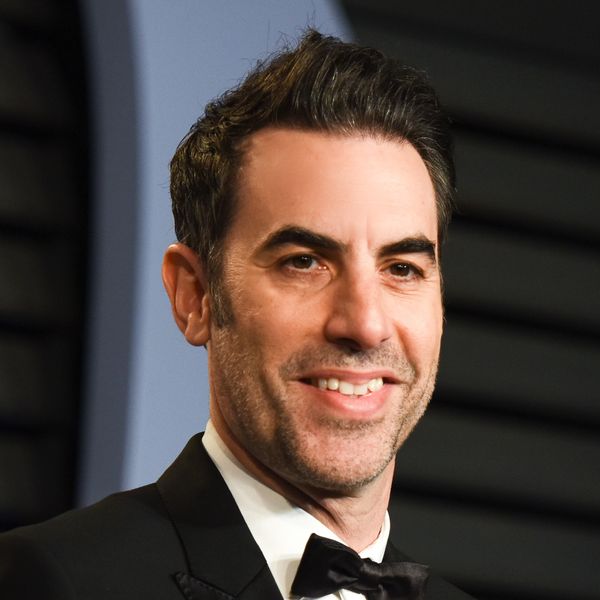 Booyakasha, wa wa wee wa, etc: Sacha Baron Cohen is back, with a new Showtime show that apparently he's been filming undercover for over a year. In an initial promo for the program, Showtime refused to reveal the title, any scenes, or even the show's star, citing non-disclosure agreements. They did call it "perhaps the most dangerous show in the history of television," and unveiled the premiere date, July 15th.

Cohen also tweeted out a mysterious video on the 4th of July, featuring real video of President Trump saying he wished Cohen had been "punched in the face so many times he'd be in the hospital."

On Sunday, July 8th, Vulture discovered the show's title, Who Is America? And later that evening, Cohen tweeted out yet another promo, where he somehow got Dick Cheney to sign a water jug, referred to as a "waterboarding kit" in full Borat voice. Cheney does so with a smile, noting it was the first time he'd been asked.

It's completely insane that he agreed to do this on camera — but then again, the former vice president is still a vocal waterboarding stan, and gave an interview just this past May reiterating his support for "enhanced interrogation techniques." The aughts are still trendy!

There's still little information available about Who Is America? But according to Variety, the format will be an interview-type show, similar to Cohen's Da Ali G Show. In addition to interviewing Cheney, the comedian has reportedly also filmed a scene with OJ Simpson in Las Vegas. Considering the absurdity of our political moment, we can't wait to see what Cohen comes up with. Very nice, I like.