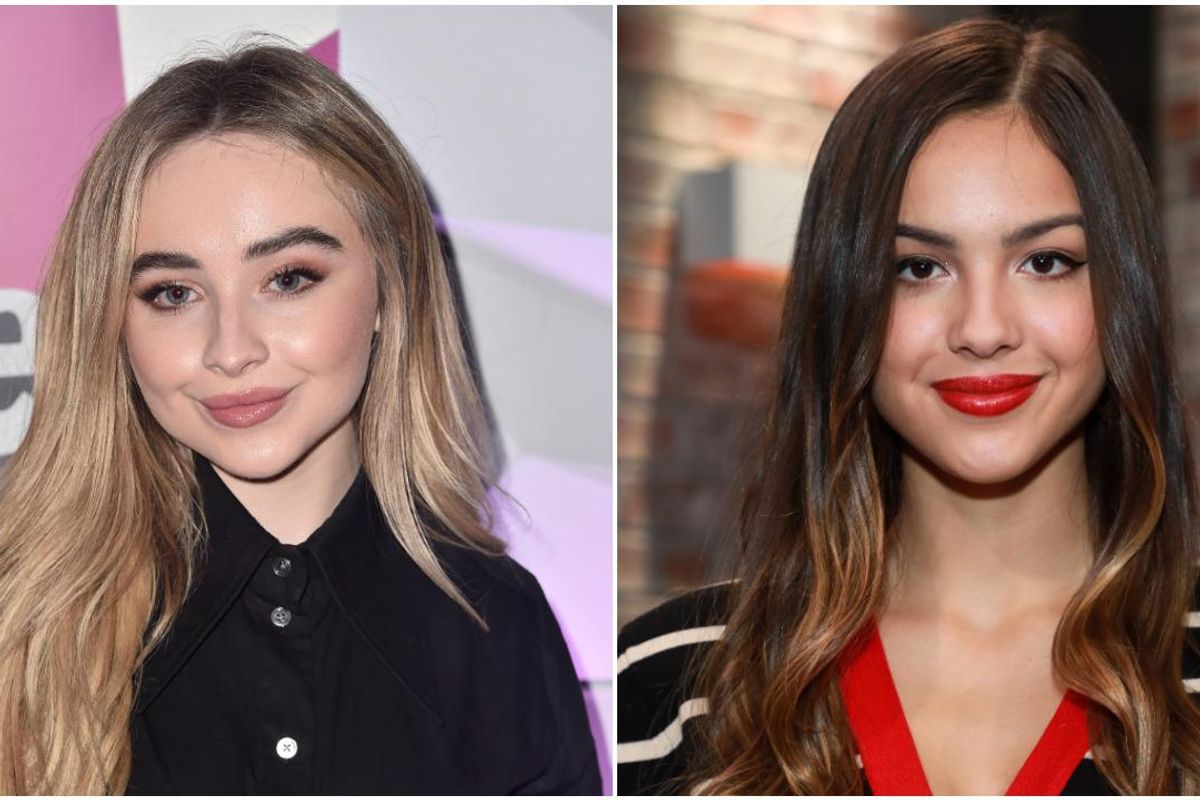 Sabrina Carpenter has caused quite the stir on social media thanks to her new song, which many believe is a direct response to Olivia Rodrigo's "Driver's License."

As you probably already know, Rodrigo's heartbreak ballad has been all over the internet since its No. 1 debut, which broke Spotify's record for most streams of a song in a single week.

Related | Don't Be Surprised by the Success of "Drivers License"

That said, "Drivers License" also spurred ample speculation about who it was written about thanks to lyrics concerning an ex who's moved on with an older blonde girl. And the main suspects? Ex Joshua Bassett and Carpenter, his new rumored girlfriend, who also happens to be blonde and four years older than Rodrigo.

Now though, Carpenter has appeared to respond to "Drivers License" and the surrounding buzz with her very own song, "Skin."

As the title suggests, the track is about someone trying to get under her skin and comes armed with pointed lines like, "Maybe 'blonde' was the only rhyme" and "You can try / To get under my, under my, under my skin / While hе's on mine." But combined with the fact that Bassett — who also recently dropped his song "Lie Lie Lie" — confusingly praised both songs on Instagram after their releases, it didn't take long for the internet to start talking about the perceived drama.

Neither Rodrigo nor Carpenter have responded to the speculation, but in the meantime, you can see what people are saying about "Skin," below.

olivia rodrigo: i bet you’re with that blonde girl, she’s so much older, pretty, and i’m insecure

wait a darn minute joshua pick one sabrina or olivia PICK ONE pic.twitter.com/8KeKk5107U

this sabrina carpenter and olivia rodrigo drama is literally the entire plot of the end of girl meets world season 2 pic.twitter.com/J2EKP7wTAE

Sabrina Carpenter and Olivia Rodrigo publicly exchanging diss tracks because of a man that looks like this pic.twitter.com/ynp08QXCza

what olivia and sabrina could’ve been.. pic.twitter.com/B5lETKSqfk