!!!'s Nic Offer Muses On Being an "un-Googleable" Band 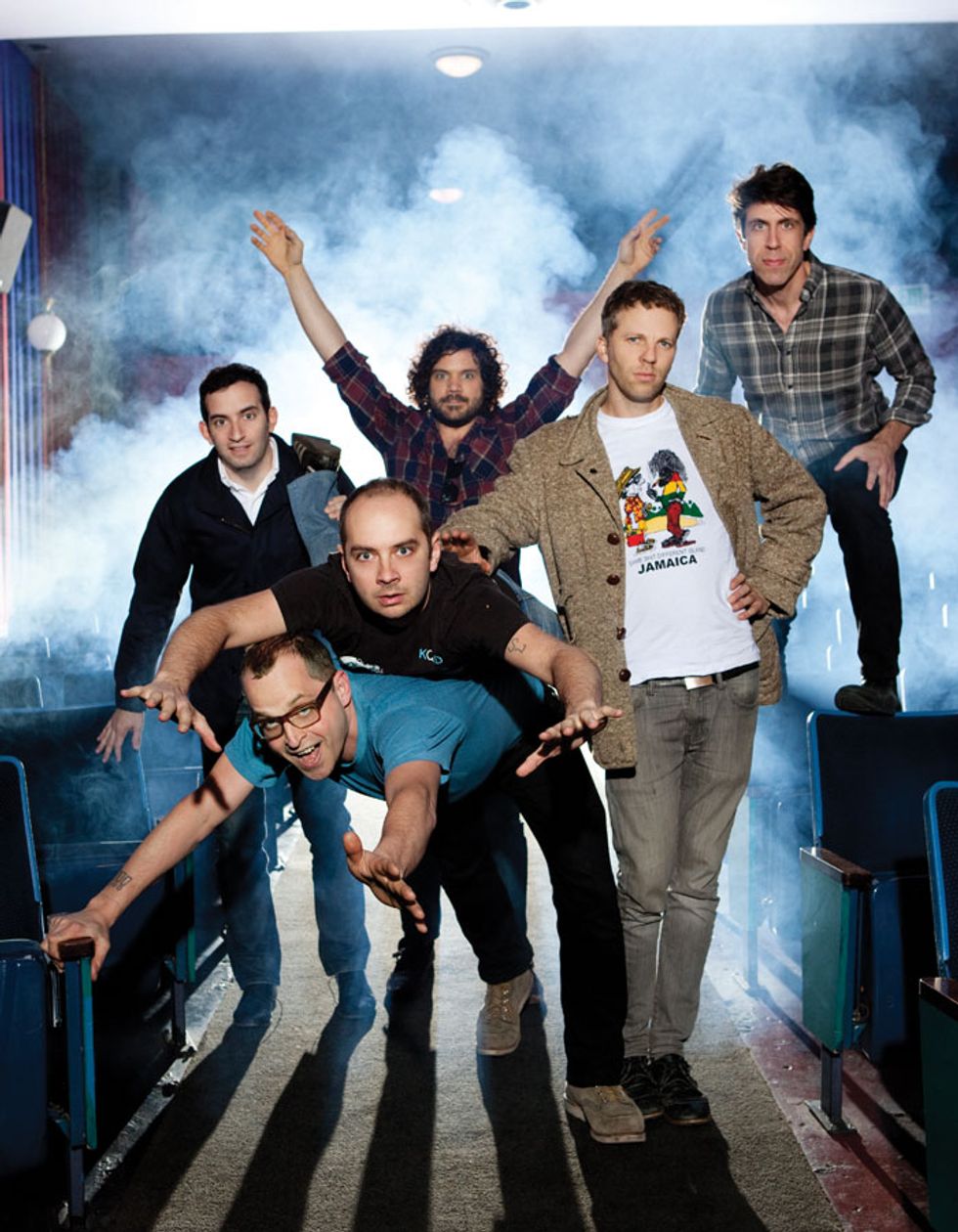 THR!!!ER, out now, is the fifth album from dance punks !!!, who have been explaining the pronunciation of their name for 16 years. (The general consensus is "chk chk chk," but you can repeat any syllable thrice.) With a recent glut of cryptically-named musicians, lead singer Nic Offer describes life in an early "un-Googleable band."

The only un-Googleable artists I know of are o(+> and Pan Sonic's side project, Ã. How would I find any other un-Googleable bands? I guess I would find them the old-fashioned way, like looking for them at a record store. But who wants to go there?

Why he thought !!! was a good band name:

When we started, we felt like we were doing a completely different type of music than everybody else, and we wanted a name that would set us apart. We didn't know we'd still be answering questions about it 16 years later.

What the band has learned from being named !!!:

The moral of the story is not to be too different, I guess. It seemed like we came before most of the triple-name bands, too. Once we were a couple of questions into an interview in Belgium, and then the journalist goes, "Where's Karen?" She thought we were the Yeah Yeah Yeahs. Awkward.