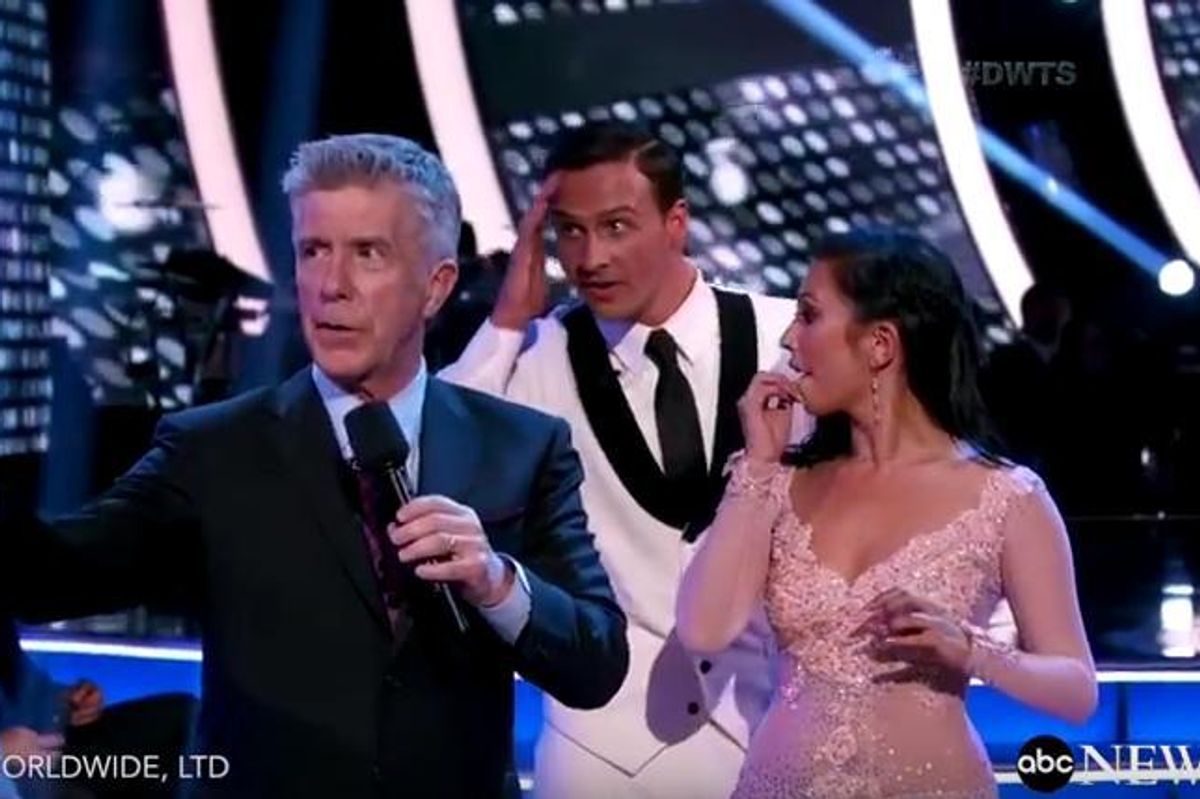 Ryan Lochte Got Ambushed By Protesters During "Dancing With the Stars"

National embarrassment Ryan Lochte, who, for some reason, has been given an additional spotlight in this season of Dancing With the Stars (I mean, I know the reason, but still) had a little karmic zing during his first performance on the hit show last night.

As the judges were giving their critiques of his awkward, derpy-derp dance, two protestors broke onto the dance floor, and attempting to rush the defamed Olympian; meanwhile, four others shouted anti-Lochte chants.

After the men--whose names are Barzeen Soroudi and Sam Sotoodeh--were arrested for trespassing, Lochte was asked by host Tom Bergeron about what had just happened.

"So many feelings are going through my head right now.I'm a little hurt."

He also told CNN, "You know, at that moment, I was really heartbroken. My heart just sunk. It felt like somebody just ripped it apart."

Recently, Lochte lost four of his major endorsements, and has been banned from competitive swimming for 10 months, after lying that he was robbed at gunpoint with three other Olympic swimmers in Rio last month.