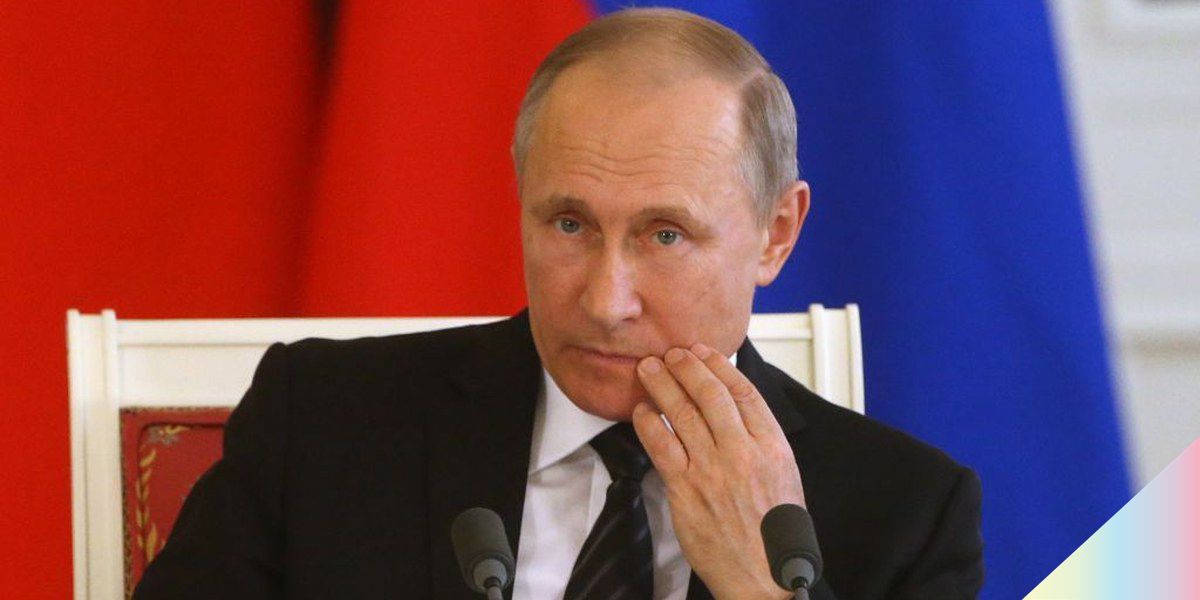 When men are allegedly being tortured and killed in Chechnya simply because they are gay, and LGBT rights efforts in the US are being cast aside by a new administration, it's hard to celebrate the advancement that the community has made thus far. But there are still little victories along the way that we need to remind ourselves about, especially when they're as ironic as this one.

The European Court of Human Rights has ruled against Russia's "gay propaganda" law, saying that banning the promotion of homosexuality is discriminatory and reinforced homophobia after three gay activists argued their case. Nikolay Alekseyev, Nikolay Bayev, and Aleksey Kislev were initially fined by Russian courts for breaking the law after appearing in public places and holding signs that said "Homesexuality is normal." Now, the country will have to pay them a combined total of 50,000 euros in damages.

The policy in question was adopted in 2013 and, among other restrictions on the equality of gay and straight relationships and the distribution of gay rights materials, specifically banned the "spreading of propaganda of non-traditional sexual relations among minors." While the court acknowledged that the law was targeted toward minors, they declared that the "limits of those laws had not been clearly defined and their application had been arbitrary."

Six of the seven judges agreed in the case, with the lone dissented ironically being from Russia, who argued that "a positive image of homosexuality adversely affects the development of children and puts them at risk of sexual violence" without any evidence to prove it (there isn't any). Regardless, it's a fantastic little win for the Russian LGBT community at a time where Putin and his country need to be challenged for their actions.