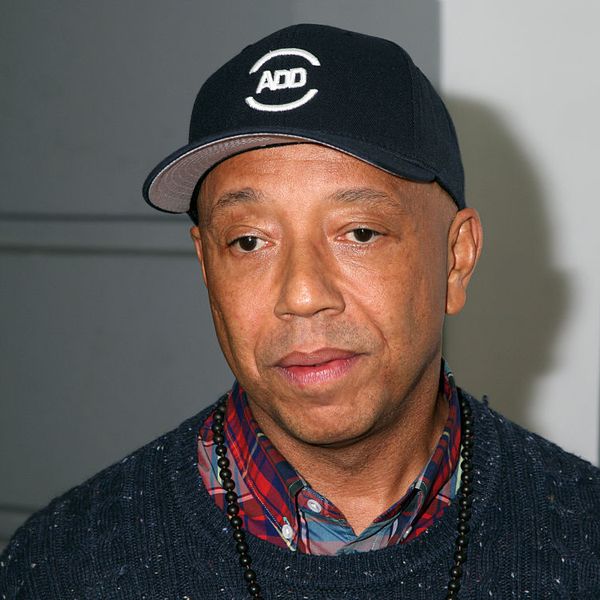 Embattled media mogul Russell Simmons is being sued for $10 million in damages in civil court by a woman who alleges to Simmons raped her, reports Deadline. The anonymous woman, who is being identified as Jane Doe, alleges that the rape occurred during an undisclosed time period.

Jane Doe describes the alleged rape in the civil court filing (please note that the description may be upsetting to some readers). She attests that she had taken her son out to a concert featuring Def Jam artists; her son was reportedly "elementary school-aged" at the time. After the show, she was invited to meet Simmons, who founded Def Jam, and the artists backstage; she did, with her son. Simmons then invited her out to an afterparty at his hotel. At this point, Jane Doe alleges that she dropped her son off with a babysitter and proceeded to meet Simmons at the hotel. They have drinks at the hotel's bar. Simmons then allegedly invited Jane Doe up to his hotel room; he said that he's not interested in sex because he was dating a "well-known model." Jane Doe accepted the invitation and goes up with him to his room, where the assault is alleged to have occurred.

Jane Doe also alleges that there are contemporaneous witnesses to the alleged attack. She is seeking $10 million in damages to cover damages that will be discussed in court. The $10 million sum, according to the filing, is also intended as a punitive fine and deterrent against Simmons.

Simmons has also been accused of sexual misconduct by 15 other women, including publicist Kelly Cutrone and screenwriter Jenny Lumet. The alleged incidents range from attempted sexual assault to rape. The NYPD opened an investigation into criminal complaints against Simmons in December 2017.

Simmons has denied allegations of sexual misconduct in a statement sent to the Los Angeles Times.