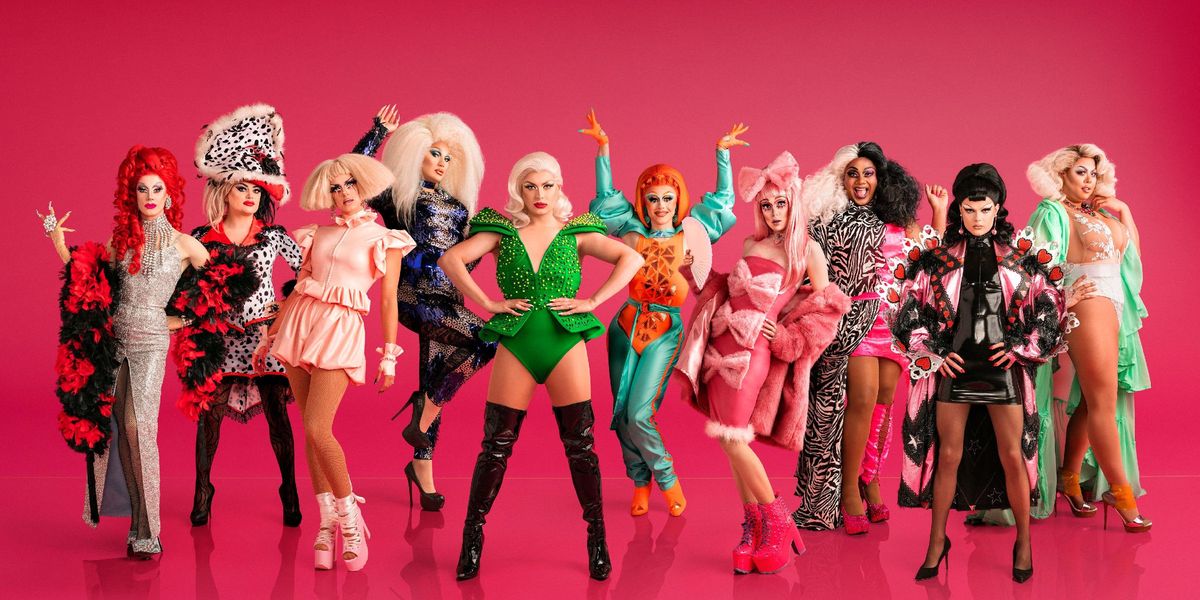 RuPaul brings Drag Race across the pond with the inaugural season of RuPaul's Drag Race UK. The show will be hosted by RuPaul Charles, and will be judged by Alan Carr, Michelle Visage, and Graham Norton — along with a rotating roster of guest judges, including Game of Thrones star Maisie Williams, Andrew Garfield, and The Spice Girls' Geri Horner. But of course, the stars of the show are the queens competing for the crown.

Out of all the drag queens all over the United Kingdom, 10 were selected to star in the show: Baga Chipz, Blu Hydrangea, Crystal, Cheryl Hole, Divina De Campo, Gothy Kendoll, Sum Ting Wong, Scaredy Kat, The Vivienne, and Vinegar Strokes. Each has their own distinct style, and of course their own personalities, strengths, and weaknesses audiences will begin to see once the show airs on October 3rd on the BBC and on WOW Presents Plus.

For now, see the gallery below for a sneak preview.

Baga Chipz is a 29-year-old Londoner, and describes herself in an interview with the BBC as "a pub queen; tart with a heart; like someone's auntie I give advice on how to pull fellas and how to get pissed." Her style is inspired by old-school cabaret, and sees this as something that sets her apart from the other queens. She's previously starred in a reality TV show called Drag Queens of London, so she's definitely no stranger to the camera.

Watch the queens speak for themselves in the video, below.