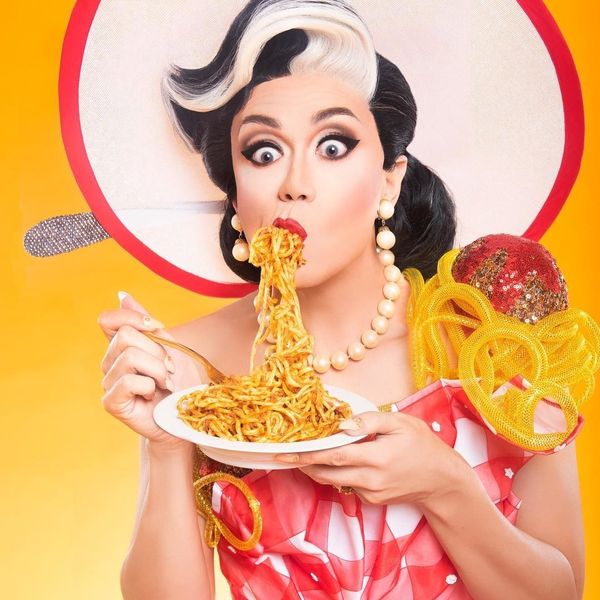 The Latest 'Drag Race All Stars' Episode Shook Everyone

In an unexpected turn of events, last night's episode of RuPaul's Drag Race All Stars 4 has the whole Internet fandom shook. It was so unforeseen, people are calling it the "Red Wedding" of Drag Race. This shookening moment is all thanks to this season's "villain," Naomi Smalls.

I mean...Naomi literally told us all in her promo video!!!! #AllStars4 pic.twitter.com/JWn2KWNDsH

Last night's episode was "RuPaul's Best Judy Race," and the queens were tasked to give Judy Garland-themed drag makeovers to their best friend or significant other. Season frontrunner Manila Luzon decided to go with a "deck of cards" look, making her husband Michael the diamond to her clove. But this landed her in the bottom two, along with Latrice Royale.

MY HEART ❤️ Love you so much @ManilaLuzon and Michael! ❤️ #AllStars4 pic.twitter.com/fKaMghDfHJ

Up to this point, Manila was going strong with her hilarious performances, and seriously unbeatable wig and outfit game. Unfortunately, this also made her a target for immediate elimination for any savage queen hungry for the crown.

Who else but Naomi Smalls would pull off the biggest twist in Drag Race history? While most would have thought Manila would be spared because of her strong performance throughout the season, this seems to be why Naomi had to put her on the chopping block.

And now fans are freaking out, outraged by the sheer audacity of this power move by Ms. Smalls. This latest shocker also has people further speculating that the reality show's rigged. But, honestly, it seems more like a smart strategic move on Naomi's part.

Here are the best reactions to RuPaul's Drag Race All Stars 4, Episode 8:

naomi when she had to choose between latrice and manila #allstars4 pic.twitter.com/fmY5Y96eRA

The facial expressions on the judges tho 😬 #AllStars4 pic.twitter.com/Tr5UrrMdIr

Detective: why did you do it?

Me: on February 1st, 2019, Naomi Smalls eliminated Manila Luzon and ever since then, 𝙸 𝚠𝚊𝚜 𝚗𝚎𝚟𝚎𝚛 𝚝𝚑𝚎 𝚜𝚊𝚖𝚎...#AllStars4