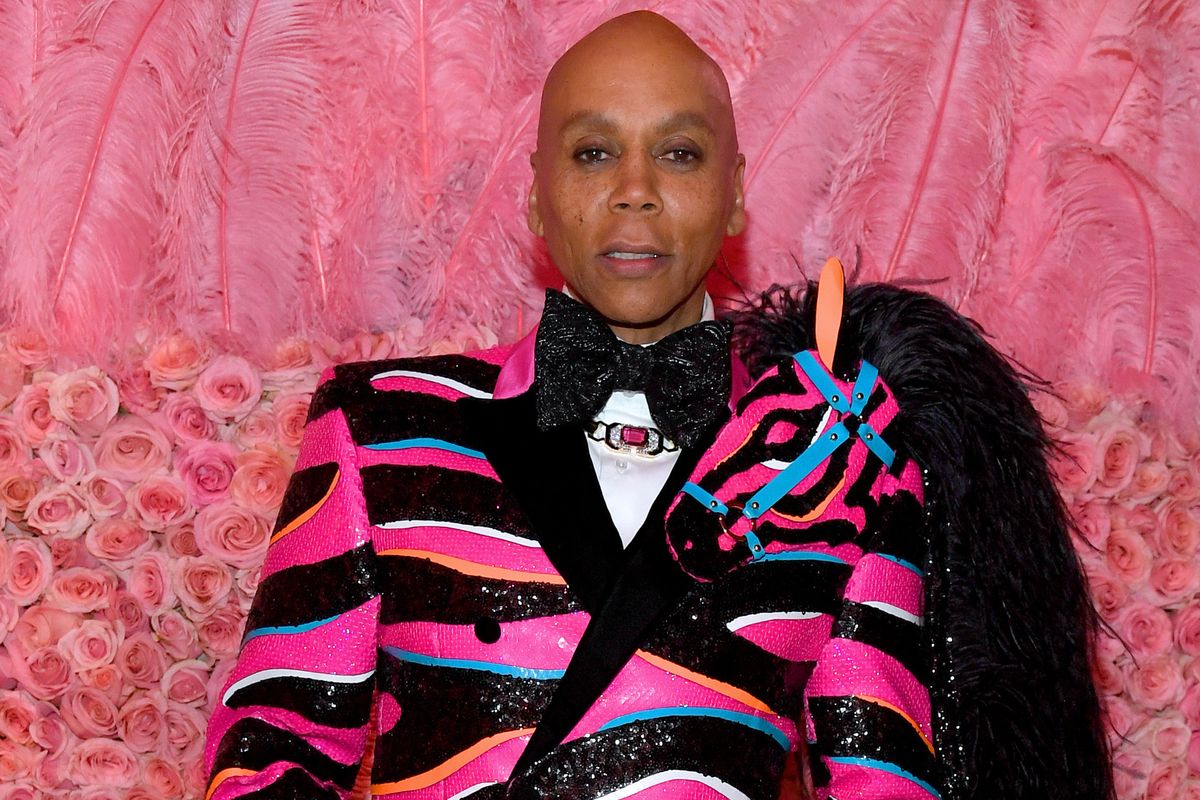 If you were amongst the Drag Race fans wondering why RuPaul didn't show up to the 2019 Met Gala in drag, Ru's finally got an answer for you.

Despite the event's "Camp" theme, RuPaul surprised onlookers by showing up in a sequin-studded, pink and black suit by Zaldy, rather than a perfectly cinched waist and his signature, sky-high blonde wig. However, while appearing on Bravo's Watch What Happens Live, RuPaul explained his unexpected sartorial choice by saying he believed many other male gala attendees would attempt drag.

"I thought about getting up in drag, but then I thought every man [was] gonna dress as Divine, from the John Waters films," RuPaul said in reference to the legendary Pink Flamingos star. "And I thought, 'I don't wanna be where everyone else is in drag.'"

Not only that, but RuPaul also said that he wanted to be comfortable at the event, as he "would be so mean to everyone" if he was in drag, "because it hurts." That said, he did express his surprise at the fact that only Drag Race alums Aquaria and Violet Chachki showed up in drag, but also said that, in his estimation, most people really didn't understood the theme. Other than Céline Dion, obviously.

Watch RuPaul talk about his decision, below.