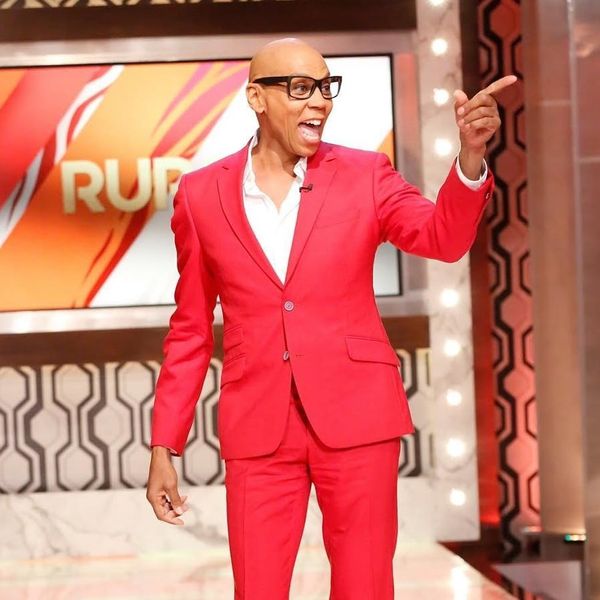 The time has come for RuPaul's return to daytime talk, and we could not be more excited. Announcing the premiere of a three-week test run for the program coming to FOX on June 10th, the multiple Emmy award-winning mother of drag is setting out to inspire the masses with the self-titled chat show that will "showcase his aspirational message with celebrity and newsmaker interviews, along with empowering everyday people to become their best selves."

Before popularizing drag worldwide with his runaway hit, RuPaul's Drag Race, the multi-hyphenate entertainer was trailblazing as the first openly gay tv host in the United States on his VH1 talk show, The RuPaul Show, which premiered in 1996. The show ran for two seasons and featured the supermodel of the world in full glamazon drag in over a hundred episodes of iconic interviews with everyone from Diana Ross and Cher to a single episode that featured Lil Kim, Pam Grier and Millie Jackson on one couch.

Coming back after more than 20 years, the ever-enduring GuRu is spreading the message of love to a wider audience in a timely return. "Now more than ever before we need a global voice that will help everyday people navigate this unique time in history," the Daytime Diva said in a statement. "Not only do I want to be a part of that conversation, I want to help facilitate it."

Pumping out on a runway in the super cute teaser, RuPaul's infectious "everybody say love!" is easily something to make a part of your daily routine. Adding on to an impressive line-up of projects like his upcoming Netflix series, AJ And The Queen, the U.K. version of Drag Race, a judging gig on CBS's The World's Best and long-running weekly podcast, What's The Tee? With Michelle Visage, there's no end in sight for the drag queen's impact. Can we get an amen?