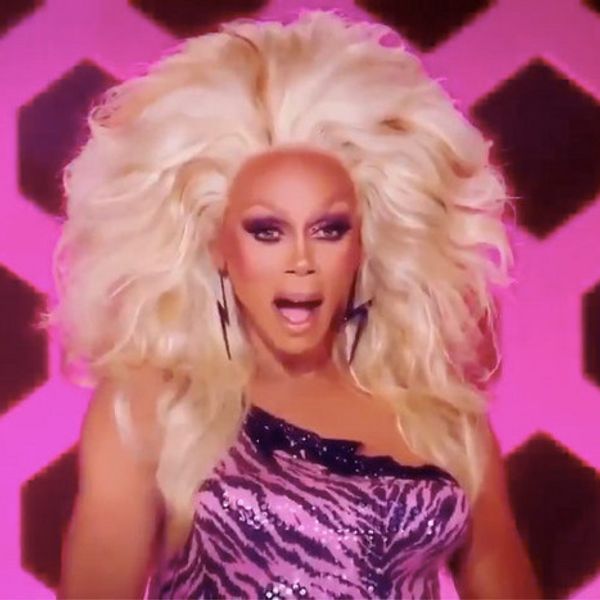 People Are Swearing This Is the Best Lip Sync Ever

Fans of RuPaul's Drag Race are freaking out over the Lip Sync For Your Life from last night's "Snatch Game" episode of the show. Every second of the bottom queens' performance was packed to the brim with wig reveals, roundoffs, splits, and back-bends, and audiences around the world were left in total shock.

Frontrunners Brooke Lynn Hytes and Yvie Oddly were fearful for their fates towards the end of the episode based on their performances in the challenge, a cheeky take on the classic show, "The Match Game." Hytes chose to impersonate Celine Dion for the challenge, while Oddly performed as Whoopi Goldberg. Neither performance was particularly funny, or even eye-catching, and both queens were anxious during their critiques on the runway.

Dedicated fans were aware, however, of both queens' lip syncing capabilities. Hytes is a trained dancer, who even attended the National Ballet School of Canada, and Oddly has already wowed fans with her performances popping up online. When RuPaul herself announced that the two queens were in fact going to be lip syncing to stay on the show, fans knew the resulting battle was about to be a showdown of epic proportions.

The queens started off sensually performing to Demi Lovato's "Sorry Not Sorry," but when the chorus of the song erupted, so did they; Oddly revealed a wig underneath her wig while doing some sort of hyper-aerobic roundoff, while Hytes twirled ferociously into a dip. These queens were ready.

Upon a spectacular finish, complete with more dips, twists, and flips, RuPaul decided that both queens would remain in the competition based on their gravity-defying efforts. Many fans and fellow queens, jaws still agape at the performance, took to Twitter to discuss the show. Many claimed that the lip sync was one of the best ever in the show's 11-year history, and even lip-sync assassin Tatianna chimed in.

That was the BEST lip sync for your life in the history of @RuPaulsDragRace!
— Derrick Barry (@Derrick Barry)1555644909.0