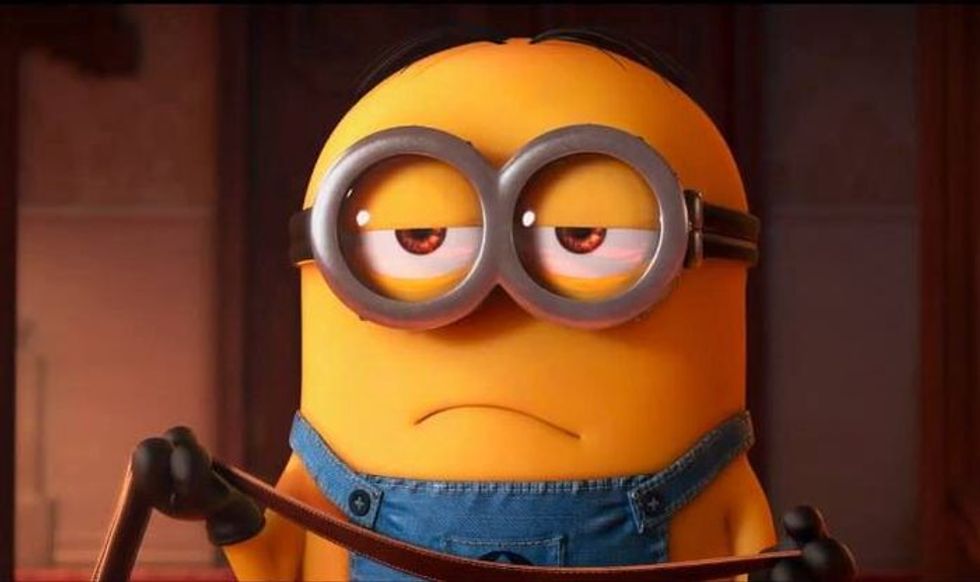 Run For Your Life: The Backlash From Mins' Rights Activists Is Here

by Eric Thurm
PAPERMAG
The Minions have been here since the dawn of time. The Minions shall outlast us all. The Minions control the fluctuation of reality. And they are complete idiots.
As part of the collective hallucination gripping the world in relation to Minions, the film has received criticism for being sexist, in part because none of the Minions are (or present as) female. But co-director (and creator of the Minions) Pierre Coffin offered an explanation, telling The Wrap, "Seeing how dumb and stupid they often are, I just couldn't imagine Minions being girls."
This did not sit well with People on the Internet, many of whom are often inclined to hate anything that demeans men even the slightest bit. Here are some angry responses from what we can only presume are newly radicalized mins' rights activists:

We have become so conditioned by #Feminism that now even men are being #Misandrist: http://t.co/D6mgCL8iqB #BoycottMinions