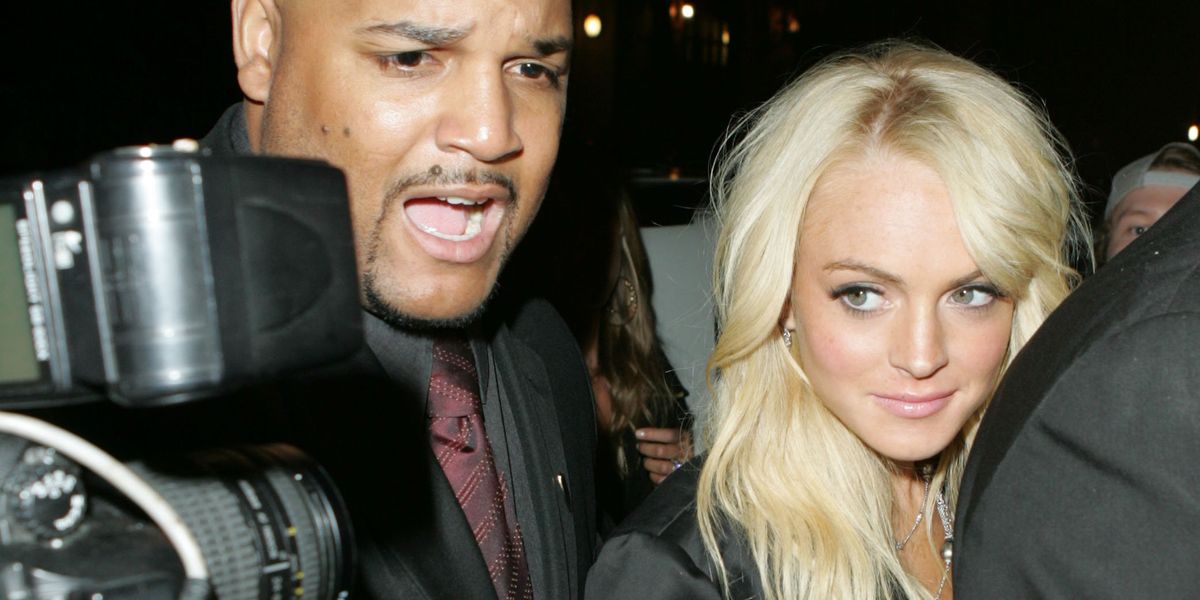 Say what you want about Lindsay Lohan's unfortunate abandonment of her music career over the past decade, but every song off of her debut album Speak is an undeniable bop. Not only that, but it seems as if Lohan's been prepping a big return to the music industry with her self-leaked single, "Xanax." The dawning of a new Lohan era is upon us, so it only feels correct that her discography is getting some well-deserved attention. It only took 15 years, but Lindsay Lohan's breakout single, "Rumors," is finally getting recognition for being just that fucking good.

"Rumors" opened Balmain's Spring 2020 runway show with a camera flash and a sexy drum pattern. The collection —characterized by sleek eyewear, black-and-white blocked patterns, and draping sleeves — couldn't have a more fitting backing track; altogether, it looked like a projection of the trappings of modern Hollywood. Each contrasting block of black and white acted as a flash or lens flare from the paparazzi, and if we're talking about getting mobbed by the press, we've got to talk Lindsay Lohan.

The soundtrack for the show had a uniquely early 2000s theme to it, with songs from other artists like Britney Spears, *NSYNC, and Christina Aguilera joining the tracklisting after Lohan. Y2K nowstalgia has everyone, even Balmain, pining for the days of Perez Hilton blog updates, sleazy bass-pop, and Motorola phones, it seems!

While there are no official announcements from Team Lohan about an impending album, it does seem as if this pop culture moment is relatively well-timed. Lohan's music hasn't been buzzed about this much since the original release of "Rumors," and with Lindsay Lohan's Beach Club canceled canceled, stans are eager to hear about the star's next endeavor.

If her new single "Xanax" doesn't end up seeing an official rollout, LiLo fans can at least go through 2019 happy that "Rumors" is seeing a popularity revival. You love to see it!