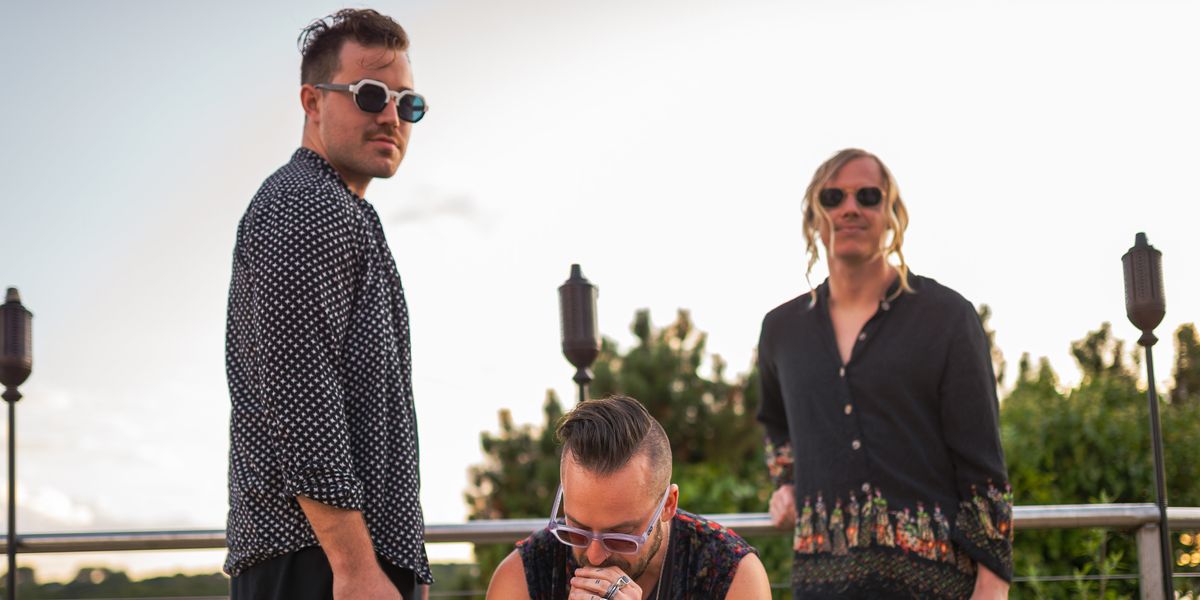 On the swanky shores of the summertime Hamptons, the peninsula's eastern most tip, Montauk, fondly referred to as the End of the World, has maintained its small town beachy charm despite an annual influx of New Yorkers craving an escape from the long lines and crowded spaces of the city. With shabby chic decor that belies its status as one of the hottest clubs the Surf Lodge melds a white sand sensibility with a Soho vibe — think lobster rolls meets bottle service.

The Surf Lodge's summer concert series, then, is known for booking acts perhaps best known for curating a Good Time. Rüfüs Du Sol, the Aussie trio that's emerged as one of the top electronic acts in the world, were a perfect match to close out a summer of diverse shows.

Ten years into a career that's included two platinum-certified albums, ATLAS and BLOOM, and now Solace to round out the triad, the group have honed their finely tuned production as their creative capacity for collaboration with one another has grown. In the green room before the show, members Tyrone Lindqvist, Jon George and James Hunt discussed how their musical style has evolved over the past decade and what's next on their ever-expanding horizon.

"We are constantly trying to put ourselves out of our comfort zone," Lindqvist said. "So for each record we have moved to different locations as a conducive way of getting inspired. I think our process is always shifting around and we're trying a different way of approaching writing, where we're writing separately and then exchanging ideas in that way. It's an ever-evolving thing."

The natural changes that happen over a ten year span have influenced the group as much — if not more — than any new musical trends or outside sounds. George referenced the added depth that playing "Another Life" has now that Lindqvist is a new father, for instance. On stage at the Surf Lodge, the group brought that family feeling to life, pulling friends, family members and even random concertgoers up onto the stage to enjoy the performance from the artists' side. Amongst a well-dressed crowd, the most common accessory was a smile.

All that touring keeps the band energized, but the pendulum always swings back toward a desire to create. "We've just been touring so much that we're hungry to get back in the studio," Hunt said. Even for three friends seemingly enjoying an endless summer, there still comes a time to get back to work.