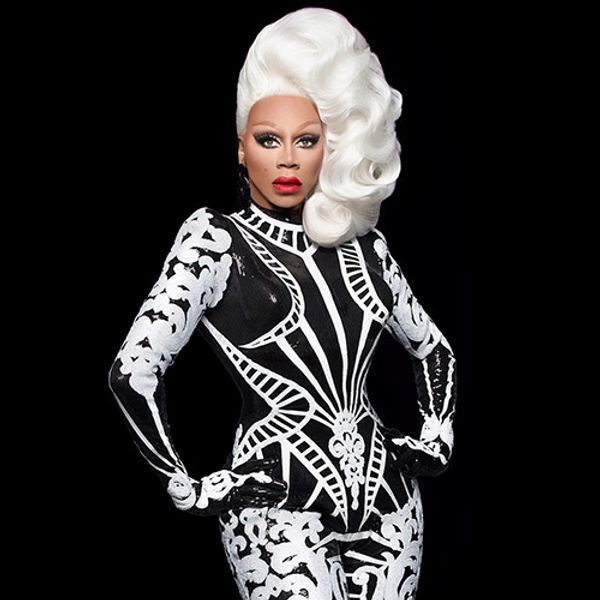 "I know, wig, I feel that already," seemed to be the throughline of the first episode of RuPaul's Drag Race season 10 — instead waiting months for Drag Race to be back on TV, we're instead at a moment of peak RuPaul saturation. Twitter queens are still arguing about who should or should not have won All Stars 3, Ru's polarizing comments about trans drag queens are fresh on everyone's minds, and drag is simply no longer just a gay thing — everyone is feeling the fantasy.

So it makes sense that the new crop of queens strutted into the workroom with an unprecedented level of confidence and determination. They're aware that not only are they the faces of an institution that's now a decade old, but that the eyes of the entire world are on them. Drag queens now have the power to become real celebrities, and these girls are making the most of every second of screen time — and there are a lot more seconds to be had, because every Thursday we're getting two hours of RuPaul-sanctioned programming. I hope you glued your lace down, girls.

The gag of the episode was obviously Rupaul announcing the return of Farrah Moan and Christina Aguilera making her entrance. Can Xtina be a permanent judge? She's as much of a drag queen as any of these girls competing. Book her!

The premiere is obviously all about introducing the new queens, so let's break it down, girl by girl.

Was not a fan of her entrance look — that wig was barely styled and the outfit was forgettable. Hopefully she'll make more of an impression as the season progresses.

Despite having way too much highlighter on, her runway look was fierce. Obviously the producers are hoping to have Alyssa Edwards vs. Coco Montrese the shequel by setting pitting Cracker and Aquaria against each other, and after the face crack of all the girls clocking how similarly they paint and Aquaria's comments during Untucked, a showdown is inevitable.

Girl, when they showed this NYC queen out of drag I gagged, because that is a woman. Yuhua is about as fish as they come, but her caution tape runway look was a bit tired, though well constructed. Also, are we gonna talk about the fact that she couldn't tell anyone of the queens of color apart? Hopefully it'll come up at some point during Untucked.

To quote BibleGirl666, "she looks 2." I didn't know Drag Race was open to high school freshman, but if she finished her Algebra homework early then why the hell not. One of the the greatest mysteries of the premiere was how she ended up in the top with her frankly hideous look.

When will drag queens learn that it you're going to do a tear-away reveal, what you have underneath better be absolutely sickening. I wasn't feeling either of Monet's looks — her sponge dress did not fit well. But Monet is one of the top queens in NYC and is very entertaining in the confessionals, so she'll probably excel at the more performance-driven challenges.

I have a confession to make: after last night's episode, I am a Mayhem Miller stan. Her runway look was incredible and thankfully the judges recognized that. Let's hope that Mayhem doesn't fall into the trap that some early winners of seasons past have, where they start strong and then fizzle out.

With her Forever 21 entrance look and her awful showing on the runway, not to mention that name, I was sure she'd be going home first. But girl, she turned her pussy up on the runway and earned that "shantay you stay."

Monique is fierce — I loved her entrance look — but I just wasn't featuring her. Her runway look was one of the tightest conceptually, and parts of it worked, but the ill-fitting bodice really threw me.

Dots are apparently her thing and she looks like Sideshow Bob out of drag. That's all I've got.

This queen does "mostly political art," but seemed to be more interested in starting drama on Untucked, saying that Miz Cracker faked her way to Drag Race by copying Aquaria's makeup. Maybe she should have channeled that energy into her pool toy look, which was a snooze.

Oh, girl. Vanessa seemed like a favorite straight out of the gate, and it was truly sad to see her go home first. Her lip sync was so disappointing for a queen with so much personality. She will now be forever known as the girl who lost to someone named Kalorie. Sad!

Never before in Drag Race herstory has there been so much anticipation about a queen coming into the show — Aquaria had already garnered 100k followers on Instagram before she was cast, and you could see that expectation when she entered the workroom, some of the queens were fangirling while others are clearly hoping to see her taken down a peg. Her runway look was straight out of a Ladyfag party, giant headpiece and all. It'll be very interesting to see how the Aquaria vs. Cracker drama plays out, especially considering most of the girls seem to already be on Aquaria's side.

Thank god the workroom got a makeover, those pink walls were killing me.

What if Cracker's scrapbook of looks was just printouts from Aquaria's Instagram feed.

If only Xtina had brought a folder full of notes like Gaga did last season.

When the girls if Xtina had new music on the way, she said "it's coming soon." Wig.