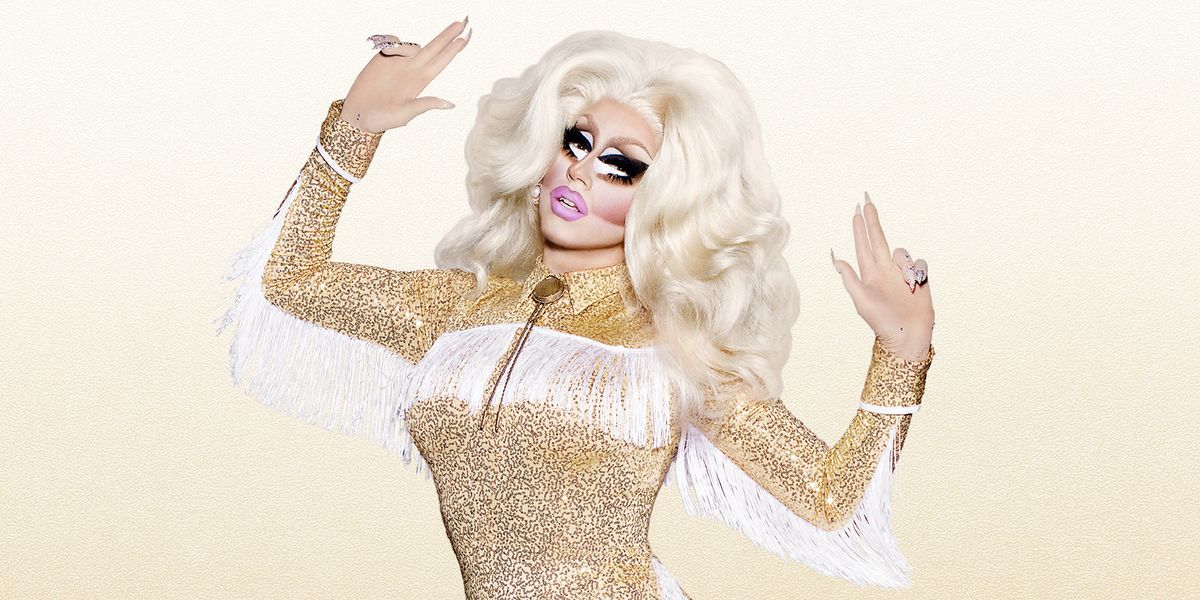 RuCap: Trixie Mattel On What Her 'All Stars' Win Means for the Future of Drag

Unclench, untuck and breath a sigh of relief, because All Stars is finally over after approximately 300 years and far too many giant soup cans. Last night's finale was full of hard gags and shocking twists: a one-take production number that, while fierce, could never possibly top "Read U Wrote U;" the eliminated queens returning again with the power to choose the final two; Shangela being absolutely shafted when the crown was rightfully hers. Sorry, I'm bitter.

In what many see as an upset, Trixie Mattel snatched the crown following an uneven season — but Trixie's win is a testament to the changing world of drag, where queens can use the exposure provided by the show to build successful careers for themselves, like Mattel has done with The Trixie & Katya Show and her surprising turn as a folk musician.

We talked to Trixie about officially retiring her RuPaul impression, whether or not Shangela deserved to be in the top two and what her win means for the future of drag.

Your arc this season was largely about redeeming yourself from season 7. How does it feel to have unshakable proof that you did?

A lot of people were there to change the opinion of the fans, [but] for me it was personal. I know that with my comedy and stand up and my YouTube series and TV show — I know that I've got the fans appreciating my work. For me it was personal because I did such a poor job on Drag Race the first time and it always bothered me and I still had nightmares about Drag Race and I wanted to rewrite that for myself. I wanted to prove to myself that I could handle pressure and I could be competitive. I'm not competitive by nature, so it was fun to figure that out about myself, that I could do it.

It's safe to say that a lot of people were shocked Shangela didn't end up in the top two — were you?

I'm such a Shangela fan. Drag Race comes down to opinions: all the judges are doing: Carson, Michelle, RuPaul, even — all they're doing is giving their opinions on our work. All the viewers are doing is giving their opinions on our work. My opinion of Shangela's work is that it's really strong; she's a great artist. She was my favorite My Little Pony of all the My Little Ponies on the show. You know you have all your My Little Ponies on a shelf, but there's that one that you love to brush her hair? I saw that for her so I was surprised, I really was.

Were you shook when it was revealed that the eliminated queens were given the power to pick the top two?

Obviously it's a change of perspective. I thought maybe the eliminated queens could have some unique perspective, considering they were in the workroom, they were in challenges, they were learning the choreography — it was sink or swim every week. It's a differently informed perspective. The judges only see us a few minutes a day, really.

Of all of the finalists, you seemed the most relaxed and confident during your chat with the other queens. How were you feeling at that point?

You have to think, I've never made it that far on Drag Race, so I was already feeling so happy. I walked in and sat down in a room full of queens who had just lost Drag Race a second time, and nobody is more informed about that than I am — and Shangela, I guess. I felt very proud and I realized after my season that losing Drag Race doesn't make you a bad drag queen, and in a room full of queens who just lost Drag Race, I think they appreciated that point of view: if it's not me, if it's Shangela, Bebe or Kennedy in the top, I'm not gonna feel bad about myself, and none of you should feel bad about sitting on that couch judging us.

Was there any queen you expected to go further or thought should have gone further, besides BenDeLaCreme?

When Thorgy went home I was pretty shook, because she is so multi-faceted, such a unique entertainer, I thought she had a lot to offer. And that conversation was had early on that Thorgy has such a unique perspective, but then again she was in the bottom with Kennedy, and Kennedy is almost one, so it's weird to think that Kennedy could have possibly not been there, because she had so many great performances, too. The thing about All Stars is it's apples and oranges. Even the top four — how do you compare? How do you compare me and Kennedy, we could not be more different, our drag, our perspective, our sense of humor.

Were you as shocked as all of us that "Wrecking Ball" was the final lip sync?

I was definitely... gagged.

Were you gagged good or gagged bad?

I have been seeing a lot of chatter about it online and people are... surprised.

I haven't been on the Internet yet, so I haven't seen anything. It's weird because I'm a comedian so I don't ever lip sync in a sincere way, but I knew there was no way to do "Wrecking Ball" in a way that would be funny. I was so moved that I was in the top two, I was already crying and you can tell in the performance, I felt very grounded, it was a heavy emotional performance for me. A jury of your peers, people you respect, pulled your lipstick out of four other people you respect, that is a high compliment. Making it to the top two meant about as much to me as winning the entire program.

Related | RuCap: Aja On Her Elimination, Sugar Tits and Season 10

After Snatch Game, has your RuPaul impression been officially retired?

Completely discontinued, cancelled dot com. Nope, never again. I used to do it all the time, and now I'm like, nope.

Why didn't it work?

It's not that I'm incapable of comedy. Out of everyone there, who is the one who has a television show based on improv comedy? Me. Who is the one who should have done right: me. That's why it was so disappointing, because I fucked it up. I was so scared, I got so intimidated by the experience, it was an apex of me buckling under the pressure. I knew the people at home would want me to do well, I wanted to do well, and instead of letting myself do well, I let hoping I would do well distract me from doing well. You can see it in the episode, you can see me nosediving. It was terrible, it was my own fault.

As much as we love Katya, the last few episodes of The Trixie & Katya Show with Bob the Drag Queen have felt they they have a new, fresh energy. What is unique about doing the show with Bob?

It's the same song — it's "I Will Always Love You" — but one is the Dolly Parton version and one is the Whitney Houston version. Katya and I are very yin and yang, different perspectives and senses of humor. Bob and I are very both very funny but we're completely different drag queens, and he is so funny. I'm such a Katya fan, and I was afraid that the episodes would be compromised, and instead I'm watching with Bob and the episodes are absolutely as good. It's a relief to watch it and know that the fans will be laughing just as much.

What do you think it says about the future of drag that the winner of AS3 is also the person who has the first non-Drag Race television show? Is drag expanding outside of RuPaul?

My drag in a lot of ways shows what's possible. Nobody has had their own TV show except for RuPaul, nobody has ever been at the top of the iTunes charts as a drag queen. There's a lot of things I've done separate from Drag Race that are milestones and I hope that being a winner of All Stars makes people aware that drag queens can do so much. The drag is a costume — the candy bar of a drag queen is the talent, the makeup the glitter, that's just the wrapper. The world is realizing that you can enjoy something from gay culture without necessarily being gay. People are afraid of liking gay things. Well, do you like Madea? Do you like White Chicks? Guess, what, you do like drag. Do you like Mrs. Doubtfire? That is drag.

I hate Bebe, but she should be in Black Panther 2.

The best looks of the night were: Aja (wearing BCALLA), Milk (wearing Hana Quist) and BenDeLaCreme (looking like a muppet version of Carmen Sandiego).

Ru should have just said "a jury of your queers."

Aja was stunting like Barbara Walters during the interviews with the final four. Someone give this girl a talk show!

Does Shangela losing mean Daenerys Targaryen will never sit on the Iron Throne?

The season would have been way more interesting and believable if Bebe had actually been a mole.