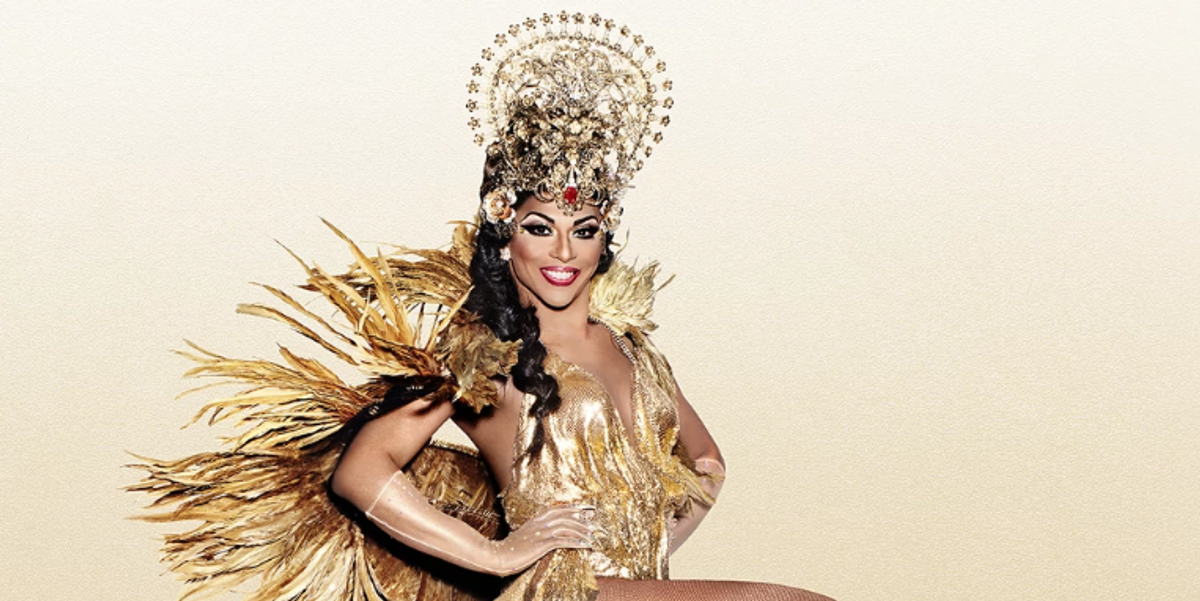 It's clear after last night's episode of RuPaul's Drag Race: All Stars 3 that the only possible winner is Shangela. Fight me.

Trixie Mattel has been up-and down throughout the competition, but she is the only contestant who doesn't actually need to win. Mattel is arguably one of the most famous queens to come out of Drag Race, and while she's incredibly talented, she's not necessarily the best at the Drag Race version of drag — her lip sync last night, even without being completely overshadowed by Shangela, was just meh. Trixie has her own TV show, a successful one woman show, and has even been immortalized as a Funko Pop toy. Her legacy is intact, and while she would deserve the crown, it should go to someone for whom it would matter more, because as much as Trixie clearly wants to redeem herself from her disastrous first-run, she already has.

Bebe Zahara Benet already won Drag Race, and nothing she has done this season proves that she deserves to win again. I simply don't understand her appeal. She looks incredible in drag, but neither of her lip syncs have impressed me — let's not even speak of her horrendous wig flip last week. From week to week, Bebe has been grandiose and condescending, which worked when people still believed that she was secretly a mole, but just became obnoxious as the likelihood of that twist evaporated. And in last night's episode, she refused to own her bad performance and poor critiques, meaning she's not even self-aware. Worst of all, she doesn't even watch Drag Race! Bye, girl.

Kennedy Davenport... oh, Kennedy Davenport, one of the queens done the dirtiest by the RuPaul's Drag Race fandom. Kennedy is a top-tier performer and female illusionist who slays the runway every time she steps on it, even when her looks are baffling. And she's interview gold, her soundbites and one-liners are iconic — when she revealed last night that she thought meme was pronounced "me-me" she altered retroactively altered the Internet forever. But kennedy has never been given the due she deserves by Drag Race fans, in large part due to the fandom's serious problems with race. Her confession last night that she feels like an afterthought at meet and greets was heartbreaking, and hopefully her time on All Stars will correct that injustice. But that doesn't change the fact that she's been wildly inconsistent this season, and her performance in last night's challenge was nothing short of abysmal.

That leaves us with Shangela, who not only deserves to win for her consistent performance on All Stars, but for how well it fits into her narrative. This is now Shangela's third appearance on Drag Race, and we have seen her grow by leaps and bounds with every "halleloo." Like Trixie, Shangela has used her time on the show to grow a flourishing business off of it. Her makeup, style and abilities as a performer have so greatly eclipsed her previous runs that it's almost like they never happened. Shangela's performance in the challenge was hilarious and her lip sync was mind blowing.

I've seen some bellyaching online about her lip sync being "fat shaming," but as a thick girl myself I call bullshit — fat suits are funny, point blank, and it was the gag of all gags. Shangela's lip sync was the perfect example of how drag can be ridiculous and near-transcendent all at once — I honestly cannot think of a funnier, more joyful lip sync in all of Drag Race herstory. Shangela is what All Stars is all about: a queen who pulled herself up by her strappy sandals, who won the hearts of not only the judges but the fans, who has excelled both on the show and off of it. #TeamShangela all the way, bitches.

Bebe refusing to reveal her lipsticks was BULLSHIT.

Trixie crying over Nancy Pelosi was so pure.

Morgan did herself dirty with Beige Swan, but her runway look was fierce. I'm happy she was able to reintroduce herself to the Drag Race fandom and hope she is able to sell some merch. Girl's gotta eat.

Trixie's runway this week was, without a doubt, the best she's ever looked: the face was beat, her waist was tiny, her padding was wild. But fuck, I wish she wouldn't take her wig off the second she steps off the runway. Full fantasy all the time!

After RuPaul's controversial comments this week, I was pissed that she was so on-point in this episode.

I couldn't believe Shangela had to eliminate someone while wearing that fat suit.