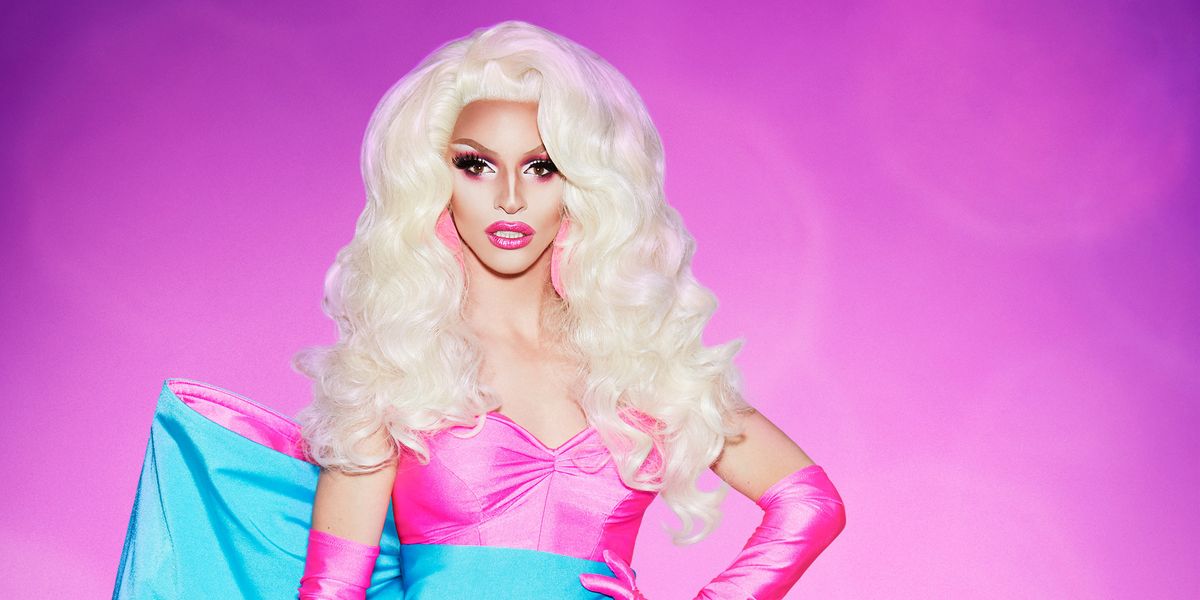 This week's episode of Drag Race pitted the final five against not only each other but their inner saboteur's, tasking each queen with creating two distinct characters to battle it out on the runway. While Aquaria and Asia O'Hara impressed the judges with their looks — and their ability to open up — Kameron Michaels and Miz Cracker were their own worst enemies. Ultimately, Aquaria was named the week's champion and Miz Cracker crumbled.

We caught up with the New York City comedy queen about her on-screen vulnerability, her relationship with Aquaria and the extreme physical toll of Drag Race.

The most emotional moment of last night's episode was clearly when Asia said on the runway that she didn't think you were a star. How did that feel then and how does it feel now?

Girl, Asia is a cunt and she's proud of it. It was devastating to hear another queen say that I was not a star, and I'm sure it's just as devastating for Asia to see that oops, I am star, because I am one of the most loved queens — mathematically — of the entire season. I went through my time of hurt and America reached down and pulled me out of it.

That's an interesting point because while you're shooting the show you have no idea how you're going to be received, and since the show has started airing you've been one of the clear fan favorites, what has that been like to watch that play out?

It's like having a burden lifted off my shoulders every day when I wake up to see how many supporters I have, and it makes me want to do a lot of things for them, which is why I'm always creating new stuff. You guys like it? Well I'm gonna feed it to you.

What were some of the unexpected challenges of your time on Drag Race?

My skin started to come apart underneath the duct tape so I was literally pulling strips of blistered skin off of my body when i untucked at night. I had no idea how hard on the body it was gonna be for me. Having that experience, I can do anything, I'm not afraid of pain, I'm not afraid of having to do anything. The world is easy by comparison.

People don't think about the extreme physical toll that drag takes on the body and I imagine in a concentrated environment like Drag Race, where you're getting into every day, sometimes doing two looks a day like you did in this week's episode, it must really be rough.

My toe was broken the entire season and I did not say shit because I did not want them to Eureka O'Hara me out of the season. I was like Effie, I was telling you I'm not going, goddamnit.

You seemed very surprised this week when some of the queens read as very guarded.

Watching this season I felt like I divulged every single pain from my family and my past and it was hard for me to understand why they thought I was guarded. I realized what they wanted to see from me was tears, and I've had too much pain in my life to cry every time I get hurt. I wear liquid liner, girl, my makeup would be messed up all the time.

You opened up about your mother losing her sight, what did it mean to you for her to be able to watch you on television?

My mother hates television and she thought that it would corrupt my soul. Giving her the chance to see me be myself and stay true to our family values on television was the best experience of Drag Race for me. She has a degenerative illness, she will soon be fully blind. I'm glad we got to fit this moment into that small window of time.

Going into season 10, everyone was anticipating an altercation between you and Aquaria. How did being on the show together change your relationship?

Without season 10, I don't think Aquaria and I would've ever spoken, so we got a chance to speak to each other and you see the result in the final episode.

There were a lot of New York City queen this season. What makes New York queens so sickening?

In New York City you have to fight for everything, even a seat on the subway. if you want a gig as a queen you have to kick 5,000 other baby drag queens out of that place. New York City drag queens have in common that competition, so when we come to Drag Race we've been fighting for years, this is not our first time at the joust.

What did you learn from Drag Race?

I learned that you cannot ever take something that other people say and internalize it to be something about who you are or what your value is. Your understanding of your value has to come from you alone, not from your peers, not from the judges, from you.

What did you learn about yourself from Drag Race?

I learned that I am one tough bitch and I will not give up.

For being a "comedy queen," you had some of the most vulnerable moments on season 10. Is it important for you to turn pain into laughter?

I don't know if I've mentioned this before, but I'm Jewish. Culturally, we have lost so much, there is nothing that we've been allowed to hold onto, form property to jobs to family to safety. As a people, our way of dealing with that is through laughter. When you see a Jew making jokes about the suffering of the past, that's not because they're choosing not to be vulnerable, they're using humor to show you how they feel about something. laughter is healing for us, and I think I carry on that tradition in the strongest way.

Well, from a fellow Jew, thank you for your service. L'chaim.