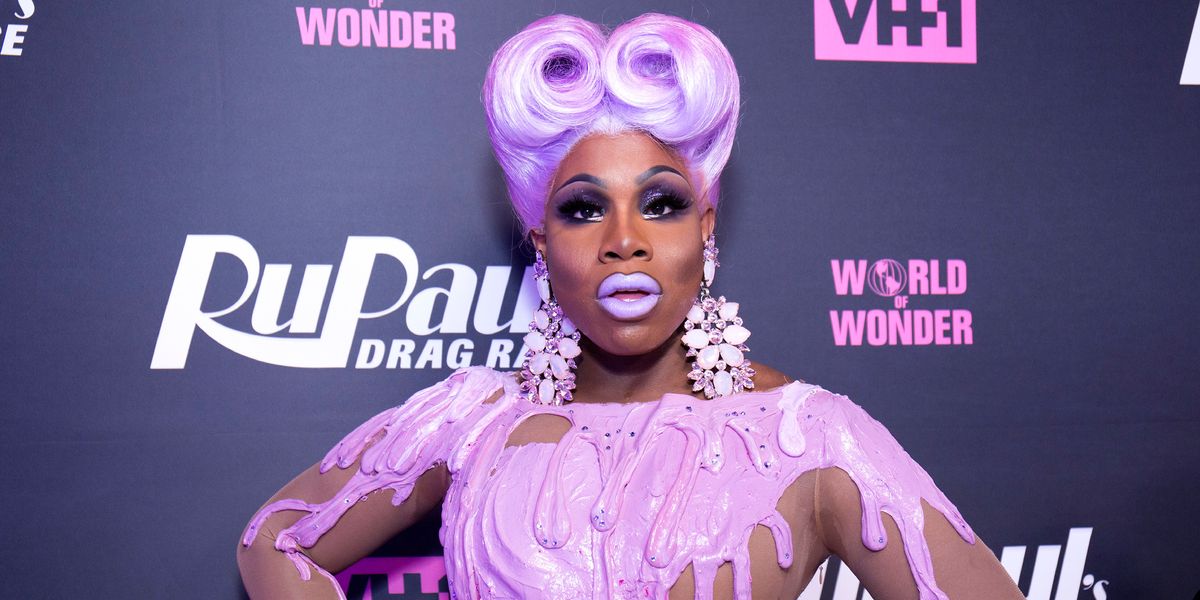 RuCap: The House of X Change Lives On

This week's episode of RuPaul's Drag Race paired each queen with a social media influencer to transform into their drag daughter, and I may never recover from seeing Tyler Oakley all up in the gig. Also, was anyone else shocked that Frankie Grande in drag is just Cynthia Le Fontaine?

Kameron Michaels and Monet X Change were pitted against each other in the bottom two, and Monet was not able to survive her third lip sync — but the New York queen has no regrets, especially considering she went out on a high note. "Winning is great, but the second best thing is when the fans say you were robbed," said X Change.

You had to lip sync three times this season, which isn't ideal, but it meant you go to show the audience your abilities as a performer.

RuPaul's Drag Race is strange because you don't necessarily see the facets of drag you would see everywhere else. We do acting and singing challenges, we design stuff, but that's not necessarily what the real world of drag is like. When you go to any bar or venue or a Bar Mitzvah where there's a drag entertainer, the first thing that will draw you to them is seeing them perform. Being a New York City queen, performance is a big part of who I am. I'm happy that I got to lip sync. Episode four wasn't a shining moment for me, but now people are saying it was one of the most iconic lip syncs in Drag Race history, so I'm really grateful I got to showcase the entertainer that I am. Above the kitty cat wigs, the most important part for me is being a fierce fucking entertainer.

One of the biggest conversations surrounding this season has been-

Obviously, it was one of the most iconic moments in Drag Race herstory. Secondary has been this conversation about the fandom's issue with race, which we saw talked about early in the season during the argument between Aquaria and The Vixen, and you were able to help frame that in the confessionals talking about the optics of reality television when it comes to people of color. Why is it important to be having these conversations now, 10 seasons into Drag Race?

Race in Drag Race is important, and it's a long overdue conversation. Unless you're living under a rock, you realize that the queens of color are the least followed on social media, and that's not a coincidence. RuPaul's Drag Race is not racial at all, in fact it's probably the most racially friendly show in reality television history. In season 10, half of the cast were people of color. Five black queens, Yuhua, Kalorie — Drag Race is very diverse. But before the show even starts, people look at Miz Cracker and Blair and Aquaria and say, oh those three skinny, blue-eyed blonde kids are the ones I want to win. I know why Miz Cracker is amazing, I know why she's one of the funniest queens in the goddamn world, I know why she is brilliant, but you don't know that, you're just watching the cast reveal and saying, the skinny blonde one, that's who should win. So by episode four, I had won the first mini challenge, Mayhem won the first challenge, The Vixen won the second challenge, Asia won the third challenge — but we were still the least followed on social media. There are nuanced things that the fans don't realize they're doing, and having those conversations on TV hopefully helps them see that.

There were several queens from NYC on season 10, what sets New York queens apart?

New York City has some of the fiercest performers in the world, and these queens often come from everywhere — I'm from Atlanta, Bianca's from Louisiana, Miz Cracker's from Washington, Aquaria's from Pennsylvania, Yuhua is from China. A lot of queens come to New York City to be dancers, to be on Broadway, to be actors — and then their career doesn't necessarily go how they want to, so they start doing drag. New York City has people come from all over the world and they learn how to be a great entertainer and then fashion that into drag, and there you are girl, you're this fierce, dynamic, beautiful — sorry, not Yuhua — drag queen, and then you get on the show. New York City encompasses queens from around the world who come here to be performers then they fall into drag and here you are.

Ru perked up around these social media gays like she was doing a talk show appearance...thanks for waking up when company's over, grandma.

Is Frankie Grande hung? That's the gag of the season.

Ru might have been joking when she said she muted Michelle Visage on Twitter but I fully believe it.

Eureka assigning Aquaria a person of color to paint as a way to sabotage her is…not good. The racist really jumped out in this episode.

OK I have decided that Tyler Oakley could get it.