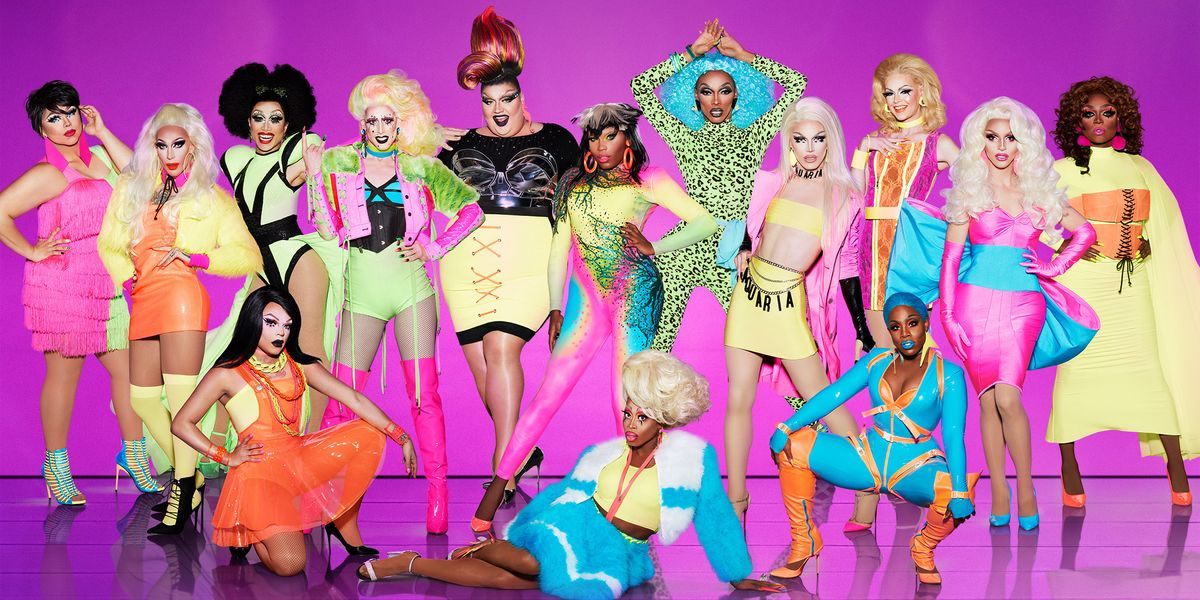 Slap on your best confused Derrick Barry expression, because... nobody went home on Drag Race? That's right, after this week's Westworld-inspired acting challenge, Eureka and Kameron Michaels landed in the bottom two and performed one of the best lip syncs in Drag Race herstory. Seriously, Alyssa Edwards and Tatianna are shaking.

As no one went home and we've still got six queens in the running for the crown, let's take a look at each of them and what their odds are for making it to the Top 3, in the order of how likely they are to go the distance.

Aquaria was a favorite before the season even began, thanks to her rabid online fanbase and almost otherworldly makeup skills. It may have taken the audience — and the other queens — a while to warm up to her, but Aquaria has several wins this season, most surprisingly nailing her Melania Trump impression and winning Snatch Game. While she's stumbled a few times, the judges clearly eat up everything she does, and is honestly be shocked if she wasn't in the Top 3.

Between Drag Race's heavy handed editing and the fact that she's done so well in the competition, it's clear that Eureka is going to make it to the final. Many of us hated her on season nine, but this season Eureka has really won over the audience. When it comes down to it, Eureka is just a really good drag queen: she serves over-the-top but well executed looks, has hilarious off-the-cuff humor, repeatedly slays the performance challenges and nails it every time she has to lip sync. Somehow I've become a Eureka stan, and I wouldn't be surprised if she won the crown.

The sleeper of the season seemed like nothing more than a CockyBoy in a wig for the first few challenges, despite a few fierce runway looks, but over the past few episodes she's come out of her shell and impressed the judges. Her Cher impersonation was spot-on in last week's Cher challenge, and both her Silver Foxy runway performance and her jaw-dropping lip sync against Eureka have me feeling like she'll most likely make it to the finals in an arc mirroring Pearl's from season seven. Wake up, Kameron!

As a NYC queen with high-profile gigs and a big personality, Money seemed like one of the queens to watch from the beginning. But her performance through the competition has been wildly uneven, and her runway looks are just...bad. I hate to make the inevitable Bob the Drag Queen comparison, but they are both NYC comedy queens with less makeup on their faces than one of Kim Chi's wet wipes. If Ru ends up going with a Top 4 rather than a Top 3, Monet could squeeze in...it seems 50/50 at this point.

I want to like Asia, I really do, but she makes it so hard. Her brand of southern pageant drag is one that increasingly doesn't read on Drag Race, as the queens (and the fans) get younger and more meme-able. Looking back on the season, the only highlight I can think of for Monet was her Tweety Bird look, and even her win last night felt undeserved. But as with Monet, if Ru decides to go with a Top 4 Asia likely has a 50/50 shot of making it in.

Girl, this Cracker has reached its expiration date. No matter how many tragic tales of her childhood poverty and witty comebacks Cracker has up her sleeve, I'm not buying what she's selling and clearly, neither is Ru. Cracker had some good moments early on in the competition, but she's gone stale. It seems likely she'll go home before the finals.

Aquaria casting herself as a robot is so perfect it's almost meta.

The Broad City girls were great guest judges, but what the fuck was that green button down Abbi Jacobson was wearing? On Drag Race? Girl.