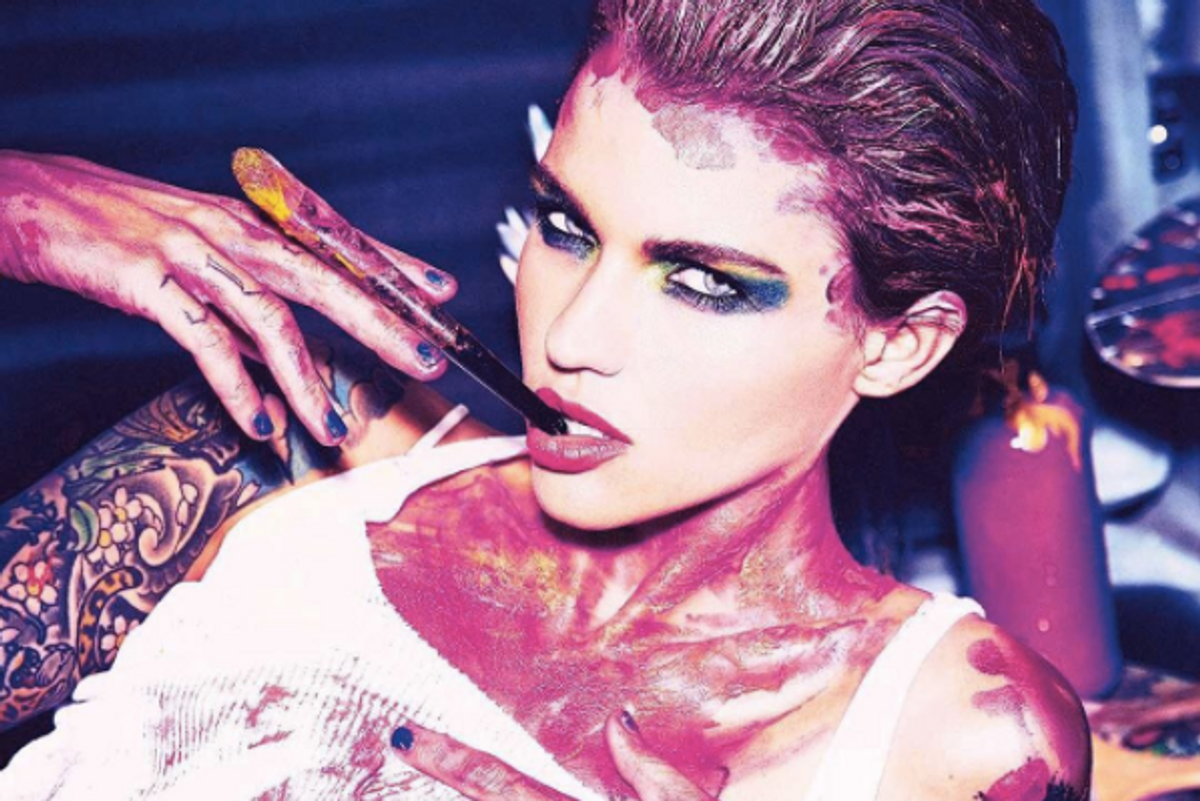 Makeup line Urban Decay announced on Instagram yesterday that it will soon release a new "seriously" limited edition collaboration with the late artist Jean-Michel Basquiat. Though reportedly Basquiat's estate approached Urban Decay and not the other way around, (and though Basquiat's name has been attached to other commercial brands with varying levels of street cred before), the idea of a famously underground graffiti artist known for his critiques of America's consumption habits shilling makeup made the collaboration a bit conspicuous.

Now, Urban Decay is coming under fire for another reason - the casting of Ruby Rose as the face of this new line. Though Rose has been a brand ambassador for UD since last March, the missed opportunity to choose a black person to represent the collection was too much for some.

Why the fuck are y'all getting a white woman to be part of honouring Basquiat, a legendary BLACK artist? Who Tf approved of this? https://t.co/OVOjAUcgaW
— boqor riya. (@hausofriya) March 15, 2017

Y'all choose Ruby Rose to pay homage to Basquiat 🙄🙄 Someone please help me find the connection https://t.co/HJrZel4KcF
— Royal (@2MuchLikeWrite) March 15, 2017

.@RubyRose as a Basquiat fan you should know that his work was a response to the lack of black bodies in the western canon.
— mulan in milan (@holy_wuu) March 16, 2017

Especially given that lack of representation is already a major obstacle for black models, the frustration toward this decision is more than understandable.