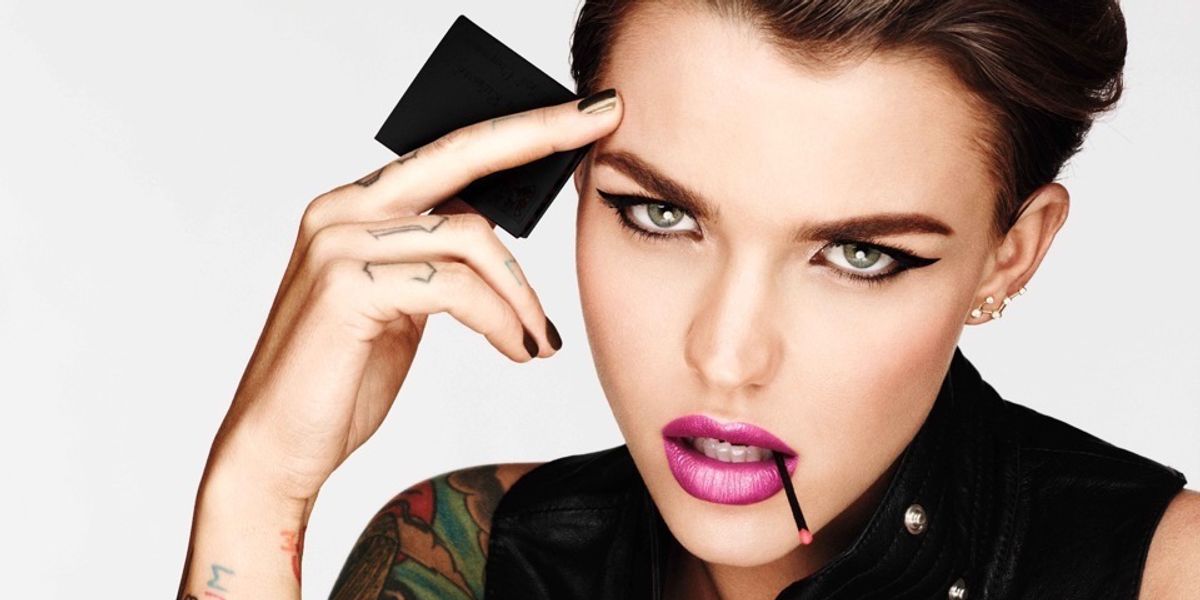 It's official! Urban Decay, the makeup brand whose products continue to induce the '90s grunge kid in all of us, has issued a press release announcing Ruby Rose as their Most Addictive New Vice. In the press statement released, founding partner Wendy Zomnir states that, "the Urban Decay girl is not only the coolest in the room, but also the nicest. So when Ruby Rose hit the scene, we were immediately hooked: with her badass look, f***-it attitude and playful spirit, she nails what it means to be feminine, dangerous and fun. She rocks haute couture with sleeve tattoos and a bold lip with an edgy haircut. And now, she's officially joined the brand as our Most Addictive New Vice." The Australian model and actress best known for her role as Stella in the Netflix's Orange is the New Black is the second celebrity sponsor of Urban Decay following Gwen Stefani in 2015. When asked about the collab Rose noted in the release that "Urban Decay believes in supporting individuality and personal self-expression— two values I hold very dear— because everyone deserves the freedom to explore their personality and discover their true selves." And when you're discovering your true self, why not take a cue from Ruby Rose and experiment with some of Urban Decay's Vice Reloaded eye shadow or magenta 'After Dark' high-color lipgloss in the process?