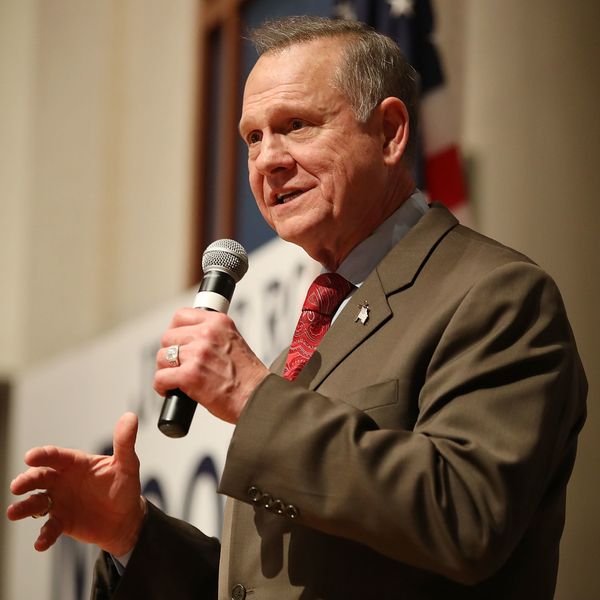 Roy Moore Sues the Women Who Accused Him of Sexual Assault

Republican Roy Moore narrowly lost a race for Senator last December. He was running against Doug Jones for a position in Alabama. The closeness of the race was startling given that Moore was accused by multiple women of sexually abusing them when they were teenagers.

Now, Moore and his wife Kayla Moore, are suing four of the women who spoke out — Leigh Corfman, Debbie Gibson, Tina Johnson and Beverly Nelson — for ruining his campaign and defaming him. They allege that these women conspired against him to ensure that he didn't win the race for Senator.

The New York Times reports that the lawsuit states that the women committed libel and slander by "making statements which were false, malicious, and made with intentional or reckless disregard of the truth and with the intent that those statements be published to others, including through state and national media."

In a press conference, Moore's lawyer, Melissa Isaac, said that Roy and wife Kayla Moore are "alleging political conspiracy among other complaints... because the people of Alabama deserve to know the truth." She went on to say that these women destroyed a "stellar career" and that the "entire family has been through a lot unnecessarily."

Lawyers for two of the women who are being sued have issued statements. Ms. Corfman's lawyer, Neil Roman, says, "These latest claims by the Moore camp have no more merit than those he has made before. Leigh Corfman stands by the accuracy of every one of her statements about Mr. Moore's sexual abuse of her when she was a 14-year-old high school freshman and he was a 32-year-old assistant district attorney. Ms. Corfman is no longer a teenager and is not going to let Mr. Moore victimize her again."

Ms. Johnson also issued a statement via her lawyer, Paula Cobia, which says, "Mr. Moore continues his solicitation for money from his followers to fund the meritless lawsuit he filed today, a suit in which he seeks to enrich himself by demanding compensatory and punitive damages. Ms. Johnson stands by and reaffirms the truthfulness of every statement she has made about the sexual assault she suffered from the hands of Mr. Moore. He has lost any power of intimidation he once held."

Watch the entire press conference below:

Watch the entire press conference, below: