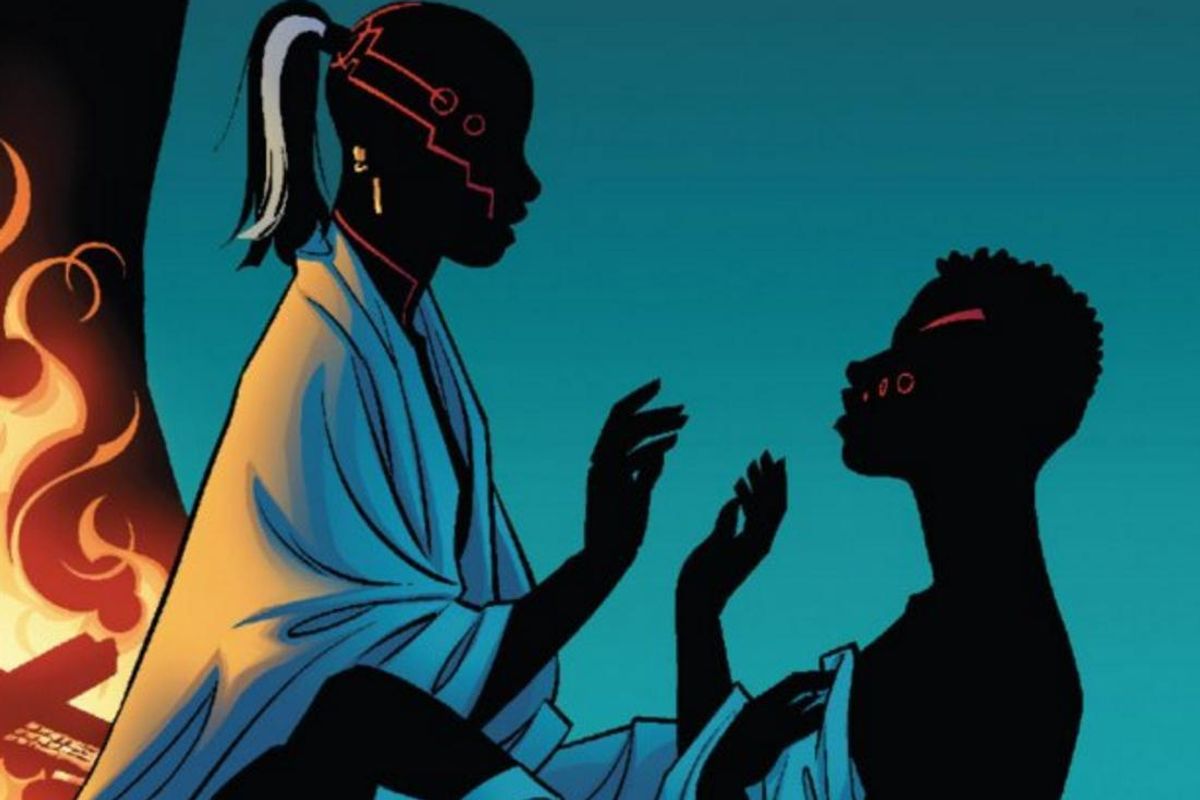 This afternoon, prolific writer and Bad Feminist Roxane Gay announced that she will be writing a Black Panther companion series for Marvel called World of Wakanda.

Illustrated by artist Alitha Martinez and co-written with essayist Ta-Nahisi Coates, Wakanda centers Ayo and Aneka, two partners who fought in something known as the all-woman security force. The first issue will include 10 pages of bonus story by poet Yona Harvery and additional art by Afua Richardson.

In Harvey's story, another character is the star: Zenzi, a character first introduced in Coates' Black Panther.

Gay is the first black woman tasked with writing a Marvel comic book; additionally, the World of Wakanda's the only Marvel series with queer main characters-- and unequivocally so-- which makes this news a win for representation of black women and queer people, alike.