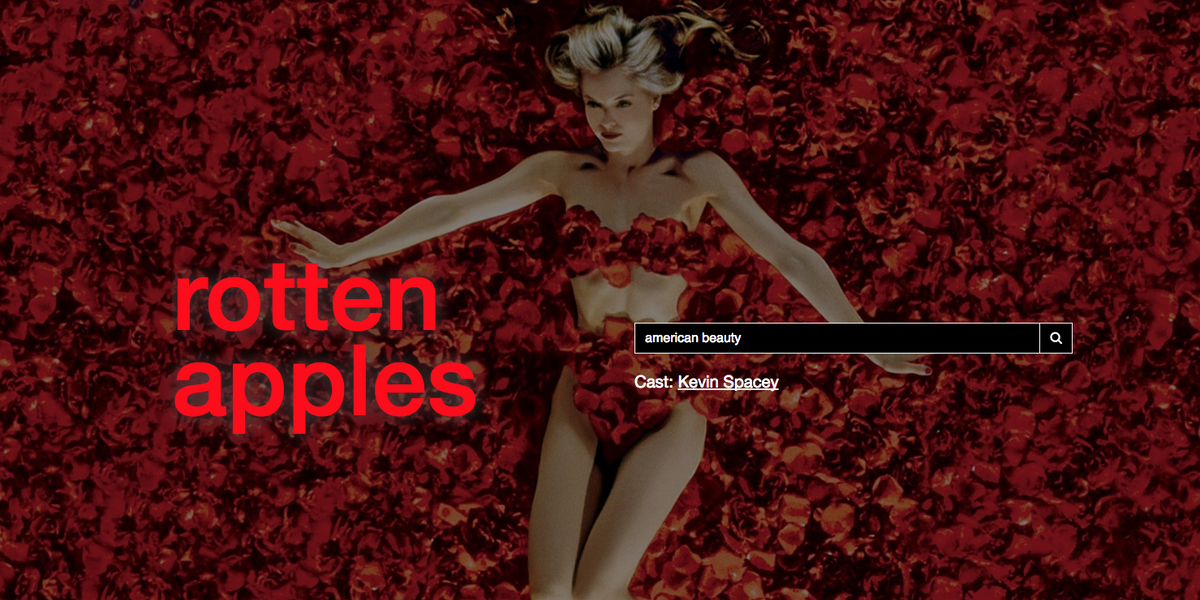 In this post-Weinstein world, wouldn't you like to know at a touch of the button whether you can appreciate that classic you've been dying to see guilt-free because none of its cast has allegations of sexual misconduct against them? Well, now you can!

Rotten Apples (as in Rotten Tomatoes, you dig?), is a website that lets you search for movies to then tell you if an actor in said film has been accused of sexual harassment or assault/one of the best ideas anyone has had since the dawn of time. You can know instantly if you're supporting a film that contains a predator ("rotten apple") or if you are safe to proceed.

Here's when things are not so bright and pure:

It's really that easy. The hyperlinked name then takes you through to an article from a reputable outlet, detailing just how despicable the alleged actions were of said actor, for you to weigh up prior to watching.

Rotten Apples co-creator Annie Johnston told the New York Times that "every day, there's more and more allegations that are coming to light, it's really important that we don't tune out and normalize this," while her colleague Tal Wagman hopes Rotten Apples will encourage viewers to make "ethical media consumption decisions."

Unfortunately, due to the nature of Hollywood, films without any dirtbags are few and far-between. Then again, at least there's always television.

Head over to Rotten Apples and choose wisely here.