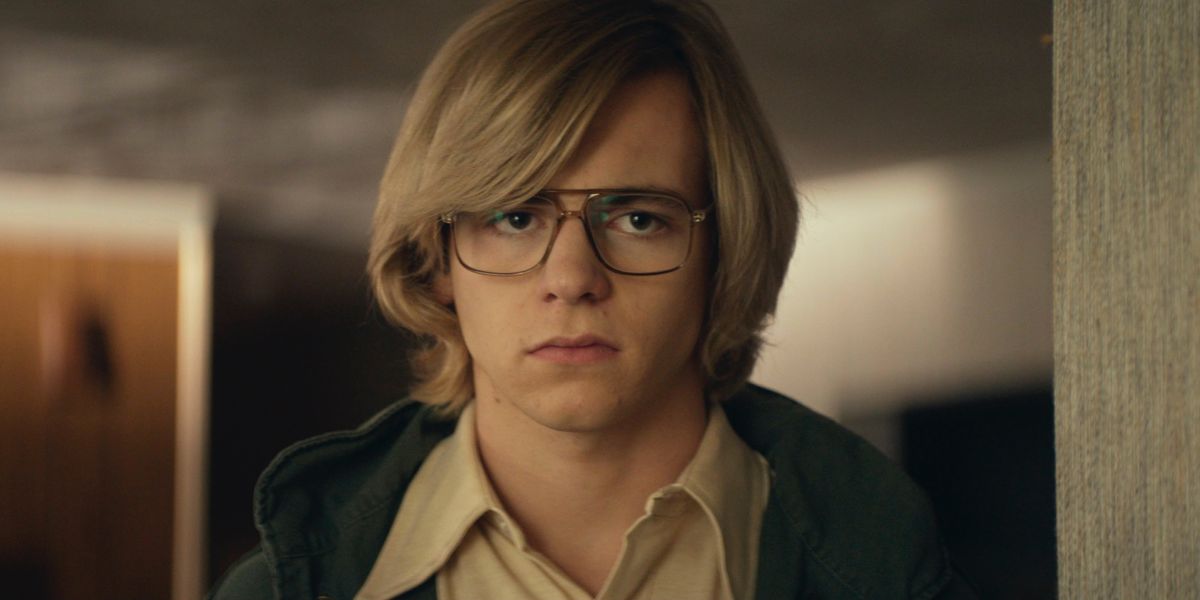 In the summer of 1978, just three weeks after his high school graduation, 18-year-old Jeffrey Dahmer killed the first of his eventual seventeen victims in Bath, Ohio. It was the beginning of Dahmer's career as a serial killer and of his captivation of the American psyche as the Milwaukee Cannibal.

Just a few months before that, though, Dahmer was an American high school senior, albeit a notably awkward and reclusive one. In his final year of school, the lonely teenager with a penchant for doing experiments on animals even found a group of friends who dubbed themselves the "Dahmer Fan Club." Though he went on to live a grisly life as a serial killer of young men, eventually being beaten to death by a fellow inmate in prison in 1994, Dahmer left a strong impression on his ragtag group of friends, undoubtedly made even stronger with the knowledge of the crimes he would later commit.

Director Marc Meyers brought that graphic novel to life with a film by the same name that serves as a disturbing, tense and at times relatable psychological profile of the teenaged serial killer. We spoke with breakout star Ross Lynch, who portrays Dahmer, about transitioning from his previous life as a Disney star on "Austin & Ally" to playing one of the most infamous murderers of all time.

PAPER: How much did you know about Jeffrey Dahmer before getting this role?


ROSS LYNCH: I actually didn't know who he was at all. He died before I was born. When I first heard about the script, I was like, "Hey, there's this script about Jeffrey Dahmer going around." And my dad was like, "You kind of look like him." Which, I was like, "What?" I didn't actually like that fact at first. But I'm kind of okay with it, because I probably wouldn't have gotten the job if I didn't resemble him a little bit. But once you hear about someone like that, you immediately go to Google and read all that you can.

If you just search "Jeffrey Dahmer," you're about to go down a spiral of research and learning about what this guy did. And there's a lot of stuff, obviously, where all the things you read about first are tragic and terrible, disgusting. Because they obviously primarily talk about who he killed and how he killed and how many he killed. Which is terrible. But once you get to interviews and it talks about more the psychological stuff, and sort of how he came to be, which is where our story takes place, all his high school years, all the days leading up to his first kill, is where a lot of the substance of the story is.

PAPER: There's a lot of really detailed, sordid information about the crimes of serial killers out there, but not always as much about their psychology or lives before they became murderers. Were you able to find information about Dahmer the person?

RL: There's a lot of stuff. Dahmer's dad wrote a book, which is interesting. And there's interviews where he basically talks about everything - him and his dad. His mom actually does some interviews too. There's a good amount of material that you can really go pretty heavy into. Really I used a lot of the interviews to get his physicality and to get just a sense of him down. Granted it's him in front of a camera, and Dahmer in front of a camera is very charming and well-spoken and presentable. High school Dahmer wasn't quite that way. You take everything with a grain of salt. I had to dial back and think of him as just a lonely high school kid who's playing with animals in the woods.

PAPER: Did you talk to anyone in his life or anyone who knew him?

RL: The "Dahmer Fan Club" [portrayed in the film], the actual guy that existed came on set quite a bit. And Durst, the author of the book, sat down with me and [director] Mark Meyers before filming. We got to talk a lot about his experience with Dahmer, his experience in high school really and just how their chemistry was and how he acted.

A key question that I had was, what was his eye contact like? Eye contact is very important in how someone thinks of themselves. How comfortable they are. Also his physicality and everything. It was super important to playing this role. Actions speak louder than words, and in this particular story, it's all about what's not being said. We're watching this character -- this kid, rather -- do a downward spiral into losing his humanity and becoming unhinged. His physicality represents that in a large way.

We know he's the Milwaukee Cannibal, the guy that we know to have killed seventeen young men. That's what makes this movie so fascinating, because we're watching his spiral out of control. And we want to step in and stop him. We want to reach into the screen and avoid what's gonna happen. But it's like "Romeo and Juliet," you know what I mean? They're gonna kill each other in the end. There's nothing you can do to stop it. You want to intervene, but you just can't. It leaves you feeling strongly conflicted. It leaves you feeling sad and empathetic for this guy. But you also want to hate him because he's, you know, Jeffrey Dahmer.

PAPER: It must have been a pretty dark head space to be in.

RL: It had its moments for sure.

PAPER: How did you handle that? When you went home at the end of the day, did you feel like it was still with you?

RL: It was definitely. And it's definitely heavier than I usually am [laughs]. But they would put this colored dye in my hair everyday, and when I was in the shower at the end of the day I would watch that come out of my hair and go down the drain and that was my way of shedding Dahmer for the day.

PAPER: It must have been a big transition going from doing stuff for Disney to doing a film like this.

RL: I want to be flexible. I want people to notice that I can do a wide variety of things. That's really where this role fits in. I did Disney Channel and that's a side of me, and I can also do Dahmer and that's a side of me, and I think ultimately people underestimate the layers of human beings. Especially sometimes with actors. I really want to expose that. I want to be that guy that can do anything. Even more than acting, I really just want to explore and do lots of different creative work.

PAPER: Was it conflicting to try and portray him in a somewhat sympathetic light?

RL: Yes and no. Being an actor, rule number one when you're portraying a real person is you can't judge the subject. But I didn't actually have trouble empathizing for Dahmer because he was a teenager. He was a kid. And he was a human being. And yes, everything he was going to do was terribly unfortunate and would've been much better if he didn't do that, obviously, but he's an interesting serial killer because he tried not to. He got into alcohol and he joined the military and he actually tried not to kill anyone. He knew it was wrong but there was something that he just couldn't deny. There was a temptation and a desire and an erotic fantasy that he just couldn't, it just got the best of him.

It's really, above all, a sad story. Everyone left him, and he went on to do the things that he did. It's sad that not even that just society failed him, but that sort of the universe kind of aided in him becoming the serial killer that we know him to be. Because even if his dad were home when he took Stephen Hicks home, for instance, that wouldn't have happened. The fact that he was just left alone. That is a reason. And there's multiple reasons like that that led him down the path. It's just super unfortunate.

PAPER: Dahmer has been portrayed before [by Jeremy Renner in 2002's Dahmer], but with someone like a serial killer or mass murderer it can be difficult portray them without criticism that you're glorifying the story. Did you have any pushback from the victims' families?

RL: I personally don't think we're glorifying a serial killer at all. I think these things happened and obviously are very unfortunate. And there are thousands of people that still mourn the deaths of the victims. But in no way are we glorifying Jeffrey Dahmer at all. It's just a fascinating story and a cautionary tale that maybe we can prevent in the future. These things, they kind of still happen. We still see, and I hate to bring it up so soon, but we still see things like Vegas. And it's just terrible. The movie is a cautionary tale.


My Friend Dahmer is in theaters now.