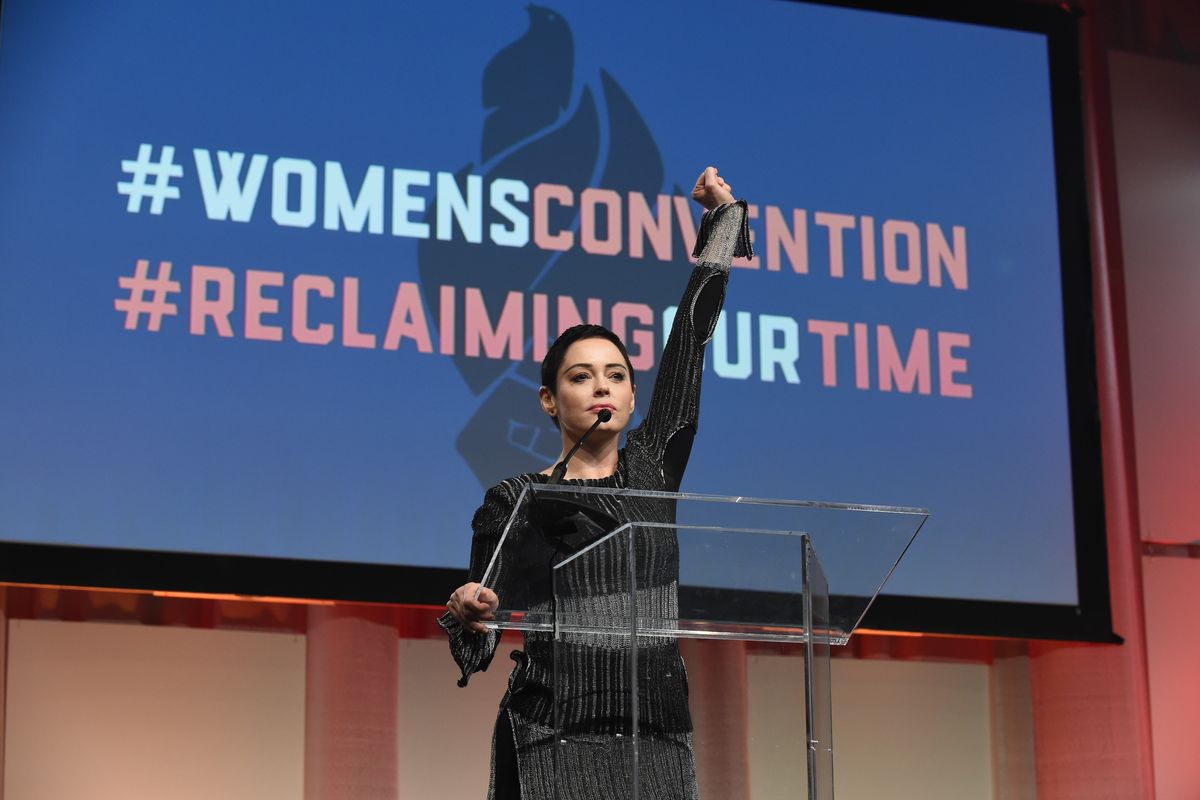 Rose McGowan Opens the Women's Convention with a Powerful Speech

The first day of the Women's Convention in Detroit, put on by the organizers of the historic Women's March on Washington this January, included a powerful speech by Rose McGowan, making her first public appearance since leading the charge online against Harvey Weinstein (and accusing him of raping her). On stage at the Cobo Center in Detroit and speaking to thousands, McGowan called on all the other "Me Toos" to "rise up" and "be brave."

"We are all Me Too's. I have been silenced for 20 years. I have been slut-shamed. I have been harassed. I've been maligned. And you know what? I'm just like you. Because what happened to me behind the scenes, happens to all of us in this society. And that cannot stand, and it will not stand. We are free. We are strong. We are one massive collective voice. That is what RoseArmy is about. It's about all of being roses in our own life. Not me, but the actual flower because we have thorns, and our thorns carry justice. And our thorns carry consequence."

The convention opened with a video featuring quotes from people like Audre Lorde, who said, "Revolution is not a one-time event," and the late acting legend Paul Robeson who said, "Artists are the gatekeepers of truth. We are civilization's radical voice," and feminist Grace Lee Boggs: "We are the leaders we've been waiting for."