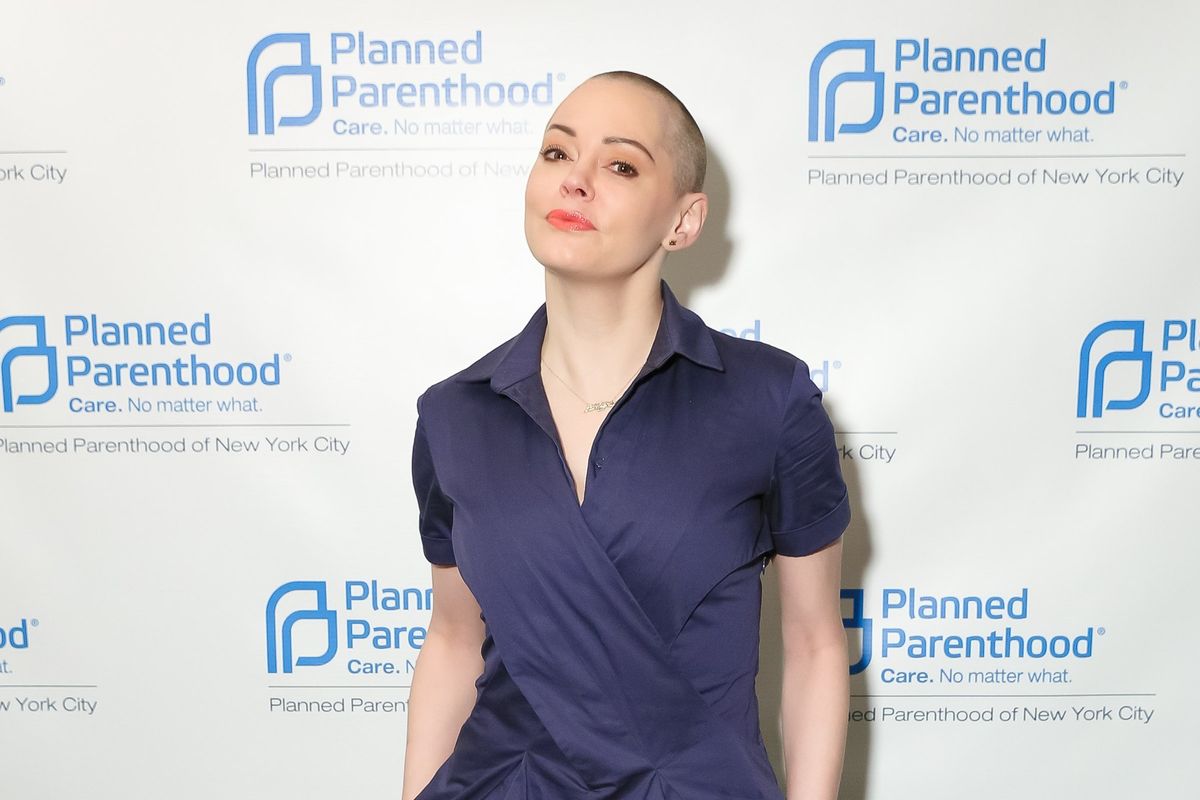 Rose McGowan Speaks Out About Her Own Sexual Assault

Rose McGowan has been an outspoken warrior for women, defending actresses from the pernicious ageism that permeates Hollywood and speaking out against Trump's campaign and his virulent misogyny.

In an open letter to a Hollywood Reporter writer, who she took to task for being disrespectful and judgmental of Renee Zellweger for a change in appearance, McGowan wrote, "I speak as someone who was abused by Hollywood and by people like you in the media, but I'm a different breed, one they didn't count on." In the letter she was speaking to the relentless scrutiny women in Hollywood receive over their looks, age, and body.

However, in a series of tweets this weekend, McGowan implied that she had experienced abuse beyond just judgment on her looks. Using a hashtag, #WhyWomenDontReport, that has been used to discuss why women don't immediately report their sexual assaults (specifically in regards to the many women who have come forward now, after years, to accuse Donald Trump), McGowan tweeted about her own experiences. She references a sexual assault by a Hollywood studio head that she never pursued.

a (female) criminal attorney said because I'd done a sex scene in a film I would never win against the studio head. #WhyWomenDontReport
— rose mcgowan (@rosemcgowan) October 14, 2016

because it's been an open secret in Hollywood/Media & they shamed me while adulating my rapist. #WhyWomenDontReport
— rose mcgowan (@rosemcgowan) October 14, 2016

Because my ex sold our movie to my rapist for distribution #WhyWomenDontReport
— rose mcgowan (@rosemcgowan) October 14, 2016

A follow-up tweet made it clear McGowan's going to keep on fighting the good fight.

It is time for some goddamned honesty in this world.
— rose mcgowan (@rosemcgowan) October 14, 2016