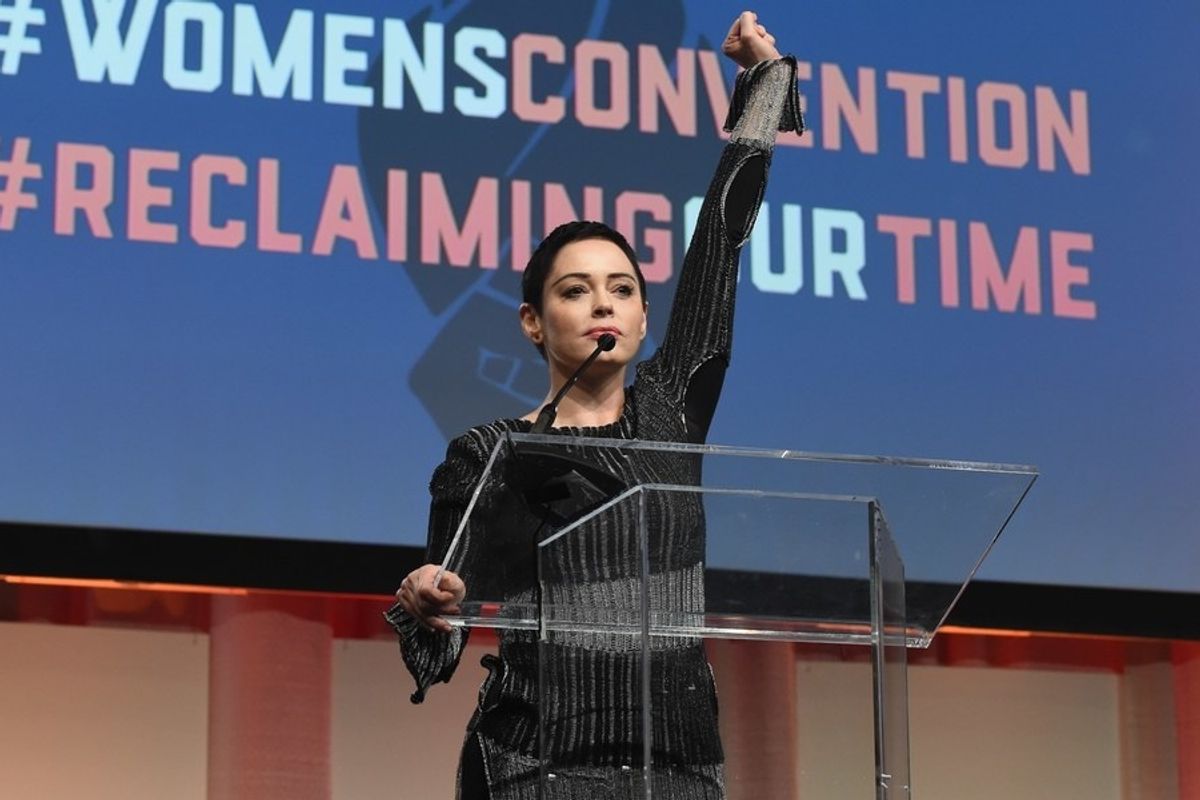 One of the strongest voices for female empowerment in Hollywood, Rose McGowan, is slated to star and executive produce a new documentary series for the E! network, which will reportedly look at life through the activist and actress' eyes as she gears up to release her memoir/manifesto, Brave.

Related | Rose McGowan Comes After Meryl Streep: 'You are Such a Lie'

McGowan was at the forefront of the #metoo movement and one of the first to accuse Harvey Weinstein of sexual assault — an allegation that inspired many other actresses to come forward with their stories of sexual misconduct in the entertainment industry. McGowan released the following statement to accompany the announcement of the project:

"You are formally invited into my mind and world. I am thrilled to partner with E! to amplify my message of bravery, art, joy and survival. As I ready my book, Brave, I realized I wanted to show how we can heal through art even when being hounded by evil. I want to have a conversation with everyone, and most especially, you about looking at things differently and seeing beauty everywhere. E!'s tremendous reach and impressive platform allow me to globally communicate the importance of living a Brave life."

E!'s Executive Vice President of Development and Production, Amy Introcaso-Davis, highlighted Mcgowan's efforts to bring justice to women who have been wronged in Hollywood.

"Rose McGowan's courage in addressing sexual abuse and harassment in Hollywood ignited a conversation and inspired other women to speak out against their abusers," she said. "We look forward to taking viewers inside this talented, dynamic woman's world as the first allegations unfold and she become a leading voice in a critical cultural change."

McGowan's decision to partner with E! may raise some eyebrows after reports emerged recently presenter Catt Saddler (who you might recognize from her viral fashion week interview with Jim Carrey) left the network after 12 years when the host discovered she was being paid half the salary of her male counterpart.

Regardless, more Rose content is good content. Look out for the two-hour documentary special on Tuesday, January 30 at 8 PM ET/PT, and the following four episodes this spring.