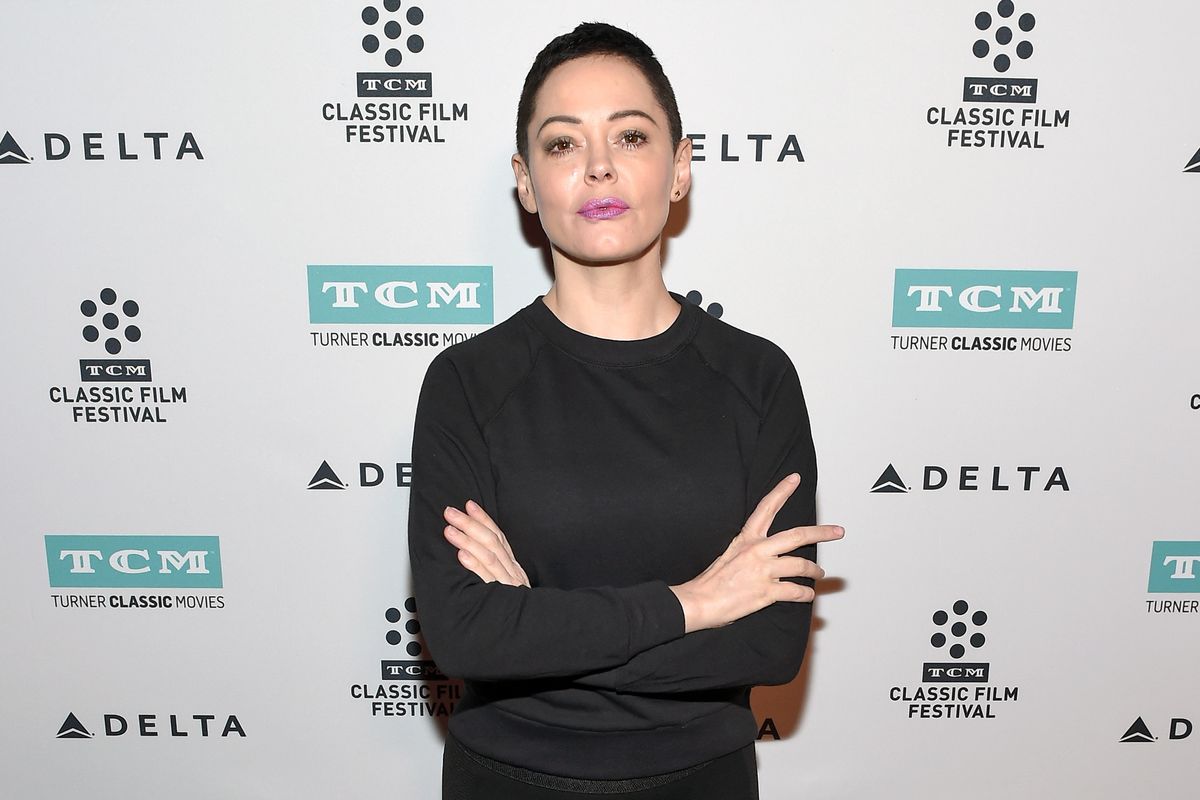 Rose McGowan has been making headlines for leading the charge against Harvey Weinstein, calling him and others in Hollywood out for sexual assault and complicity in the harassment of young women (and men). Back in January, however, she was in the news when her "personal belongings" left on a United flight at Washington Dulles International Airport tested positives for narcotics, according to law enforcement.

According to the AP, an arrest warrant was issued for the actress and activist as the result of the police investigation. The Metropolitan Washington Airport Authorities PD apparently obtained the warrant on February 1, and having "attempted to contact" McGowan to get her to return to Loudoun County, Virginia for a court date, law enforcement have now submitted the warrant to a national database.

McGowan posted about the warrant on Twitter, saying the timing of the warrant is suspect. "Are they trying to silence me?" she tweeted. "There is a warrant out for my arrest in Virginia. What a load of HORSESHIT."

Are they trying to silence me? There is a warrant out for my arrest in Virginia. What a load of HORSESHIT.
— rose mcgowan (@rosemcgowan) October 30, 2017